Angelina Jolie Premieres ‘In the Land of Blood and Honey’

The Hollywood star hit the red carpet to publicize her directorial debut, a film that takes place during the Bosnian War. 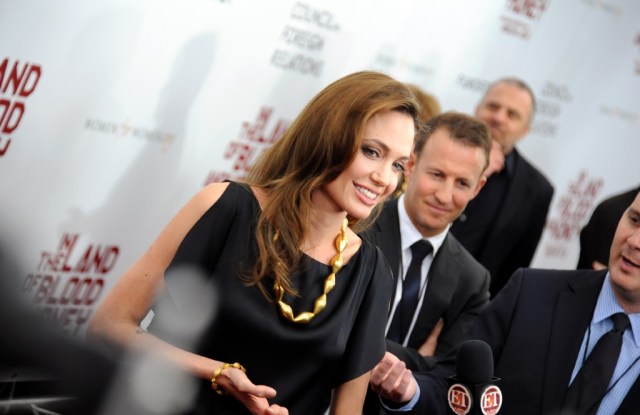 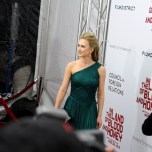 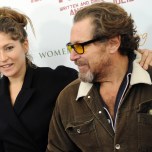 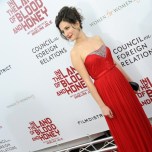 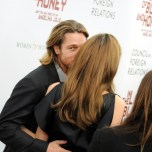 Despite the presence of a bright red carpet, marauding paparazzi and lingering clusters of autograph-hungry fans at the School of Visual Arts Theater in Manhattan, Monday night’s premiere of “In the Land of Blood and Honey,” a film written and directed by Angelina Jolie, was not a typical movie premiere.

Co-sponsored by WomenforWomen.org and the Council on Foreign Relations, the historical drama set during the Bosnian War felt more like the opening of a foreign film than the splashy directorial debut of one of Hollywood’s biggest stars. But that’s how Jolie wanted it. Dressed in an understated black top and matching floor-length Ralph Lauren skirt and a gold dome Ofira necklace, the star arrived last with Brad Pitt, and posed for photos before greeting fans. That gave the film’s cast, a collection of relatively unknown Bosnian, Croatian and Serbian actors, many of whom lived through the Bosnian War, ample time to discuss the delicate subject matter.

“We all knew why we were doing the film,” said lead actress Zana Marjanovic. “It’s such a noble idea and it’s so important for us as Bosnians and the entire ex-Yugoslavians to work on this together.”

Filmed in Serbo-Croatian with English subtitles, “In the Land of Blood and Honey” centers on a love story between a Bosnian woman and a Serbian soldier, who simultaneously becomes her captor and protector once the war breaks out.

“I think this film is going to be very different for many people to see,” Jolie said, referring to the juxtaposition of love and the “horribly brutal” acts of violence, including graphic scenes of rape. “I think love is tested because there is love of country, your sense of loyalty, your love of yourself, survival and how that comes into play…and how war can tear apart people who feel kindness and love.”

While the theme of star-crossed lovers is somewhat cliché, Jolie’s storytelling is nuanced, raw — and surprising.

Comparing Jolie’s treatment of the film’s plot to “The Battle of Algiers” and “The Night Porter,” director Julian Schabel focused on the artistic merit of the film and its message.