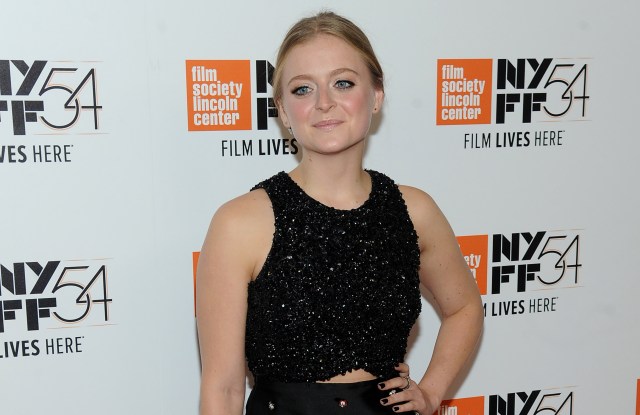 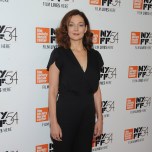 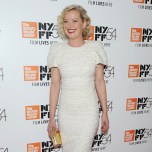 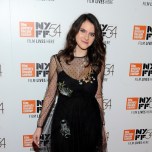 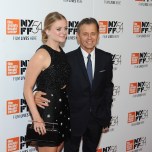 “My character’s goal for the entire movie is, like, ‘Please, get in my pants!’” Anna Baryshnikov said from the red carpet of the New York Film Festival premiere of “Manchester by the Sea” at Alice Tully Hall. Baryshnikov, the 24-year-old daughter of dancer Mikhail, plays Sandy, a confident teenage girl who fronts a garage band and dates Patrick, played by Lucas Hedges.

The movie will tug at your heartstrings, but there’s comedic relief in the form of Patrick’s love life. He has two girlfriends: Sandy (Baryshnikov) and Silvie (Kara Hayward). Patrick and Sandy engage in what Baryshnikov called a “sex scene” and what Hedges’ character would likely dub a round of “basement business.” The rivalry between Patrick’s two girlfriends is (jokingly) felt on the red carpet.

“I play one of Lucas Hedges’ character’s girlfriends,” Kara Hayward said. “There’s another girl, I’m sure she’ll be here,” she added, referring to Baryshnikov.

“[Sandy is] wild, in control of her sexuality and probably a lot more confident than I was at that age,” Baryshnikov said of her character. “I relate to some of the real messiness that Kenny [Lonergan] included in the sex scene, honestly, because when you’re figuring stuff out at that age, it’s awkward and everyone’s fumbling and there are so many different feelings. I think anyone who’s had a relationship at that age is like, ‘I know what that looks like.’ So that felt really real to me.”

Hedges and star Casey Affleck were both missing from the red carpet, but apparently walked it later on. Director Kenneth Lonergan, late, walked through briefly, taking one question each from a few reporters before briskly strolling by the rest of those who had waited nearly an hour for a quote.

It seemed as though the leads of “Manchester by the Sea” had been replaced by those of “Hamilton” and “Hamilton’s America.” Alex Horwitz, Jeffrey Seller, Ron Chernow and Lin-Manuel Miranda were all in attendance. One reporter joked that the premiere should have been renamed “Hamilton by the Sea.”