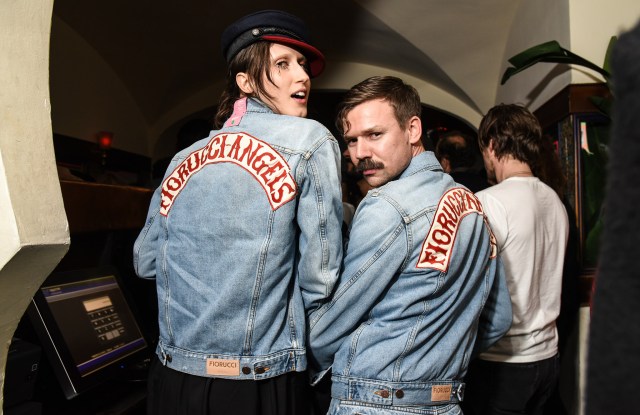 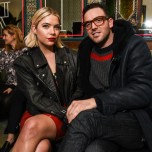 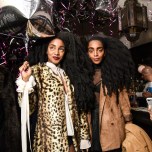 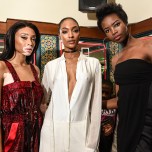 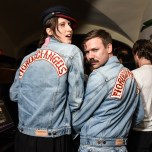 Fiorucci is back with a bang. The popular Seventies and Eighties brand has been revived almost two years after the death of its founder, Elio, and on Friday night, W Magazine threw a celebration to kick off the relaunch.

“I think people love nostalgia,” said Janie Schaffer from inside Paul’s Casablanca on Spring Street in New York. The British clothing retailer and her ex-husband and business partner, Stephen, bought Fiorucci in 2015, and have been plotting its relaunch ever since. “I think people find it a very comfortable place. For us, with Fiorucci, our challenge is that it’s no longer a brand from 1967, so you want it to encompass real modernity and issues of today and artists of today and musicians of today and fashion of today. But there’s something lovely about seeking the comfort of the beauty of the past.”

The party took on a disco theme and amped up the nostalgia level when waitresses passed around rainbow heart-shaped lollipops and black rubber bracelets — a nod to the ones artist and stylist Maripol made famous in the mid-Eighties after dressing Madonna in them.

Anna Cleveland, who had walked in the Jeremy Scott show just hours before, strolled in wearing a denim jacket with ‘Fiorucci Angel’ emblazoned in red and white on the back. She danced her way over by the DJ booth, where Maria Borges, Winnie Harlow and Caroline Vreeland would take their turns.

Also wearing a “Fiorucci Angel” jacket was Adam Selman, who was feeling “incredible” after presenting his fall collection the day before. “Everything happened that I wanted to happen and it was just such good vibes,” he said of the show. “People showed up in the blizzard and that to me just said everything. I was so, so happy.”

A “huge Fiorucci fan,” Selman revealed he has a collection of Fiorucci notebooks. “It just has such a great potential to be a brand in 2017 to 2018,” he said. “It has such a rich history, but I think it could be such a big thing in the future as well.”

Though the future may never be certain, it sometimes helps to revel in the comfort of the past.