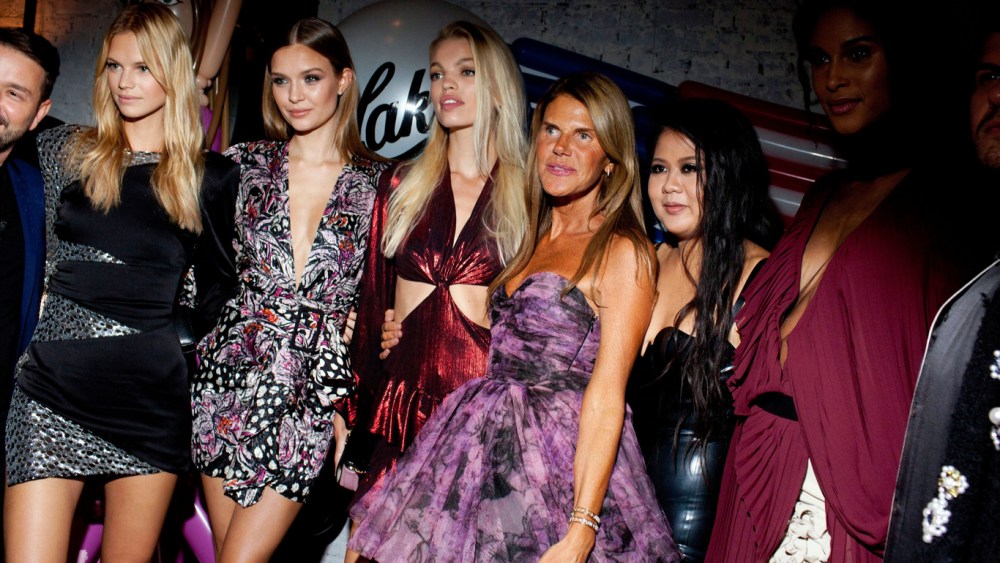 “I want your experience to be an emotional one,” said Anna Dello Russo on Monday evening, hopping from guest to guest in the entryway of New York’s soon-to-be hot spot Wayan. (The Indonesian restaurant is from the son and daughter-in-law of Jean-Georges Vongerichten, for reference).

Dello Russo, dressed in a Redemption gown, had flown in from Milan hours before but that was impossible to tell from the enthusiasm with which she greeted friends ranging from Irina Shayk to Jeremy Scott, who had all come out in the rain to celebrate the Italian editor’s new book, “AdR Book: Beyond Fashion.” Her brief visit to New York included a book signing earlier in the evening at Saks Fifth Avenue, before making her way down to the dinner, which was also hosted by the store.

“For me, fashion is a way of talking about life: through clothing but through emotion, too,” Dello Russo said. “It’s emotional because I want people to have different emotions from the book.”

The tome, which is a compilation of 10 mini books, took her three years to put together. Photos of the clothes she auctioned off earlier this year are featured, as well as a pop-up children’s-style book, a “silent movie” flip book and one done in the style of a magazine.

“It took longer because it was something fun, but the concept is very serious,” she said. “It’s explaining fashion to kids. And I don’t want to be so serious and make a boring book about this fun way to talk about this concept. That’s why you have 10 ideas and 10 different books. You can have a pop-up if you want to feel like a child, but you also have a shoot with all my editorial works in the past. Then you have my doll, you have all my stamps, if you want to put on a postcard. It’s very versatile. It’s an experience.”

“I remember seeing Anna, this beautiful woman, walking down in the sunshine in a cocktail dress with gorgeous heels, and I was like who is that?” said Saks’ Roopal Patel. “And it was right about the time that street style was getting really popular; Tommy Ton was [everywhere] and I saw this woman who just wasn’t afraid of fashion and was so fearless. The thing about Anna Dello Russo is she’s iconic and she’s such a visionary and she’s always looking ahead, and I think Anna has such a connection to so many generations. Everyone is so obsessed with what Anna is doing, where is she going, who is she seeing and what is she wearing, you know?”

After cocktails, the majority of the evening’s guests sat down for a dinner of spicy noodles, crab cakes and seared fish. (For much of the model pack, it was more a sit-down of Juuling — mint was preferred — with a side of dinner.)