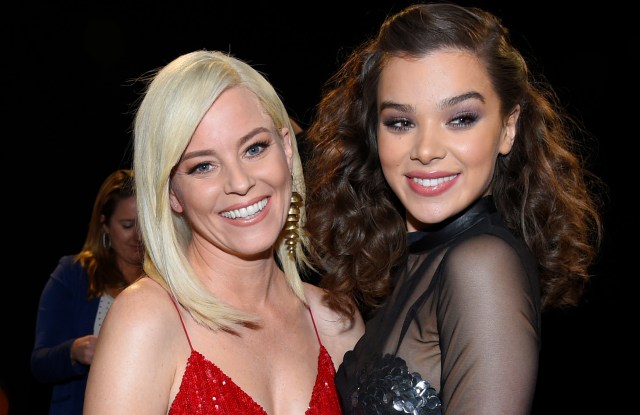 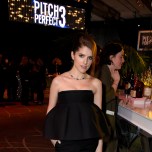 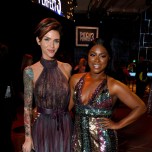 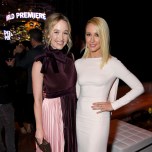 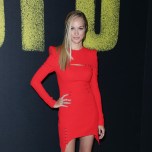 “I think it’s the definition of girl power, which we all need right now,” said director Trish Sie moments before the premiere of “Pitch Perfect 3” at the Dolby Theatre in Hollywood. The film’s stars — including Anna Kendrick, Ruby Rose, Elizabeth Banks, Rebel Wilson, Brittany Snow, Hailee Steinfeld, Ester Dean and Hana Mae Lee — all gathered for the comedy’s third and final installment.

Beyond the “riff off” musical numbers that the franchise is known for, female solidarity was a common theme on and off of the camera. “We have had an amazingly supportive group,” Banks said of the team, which included its first female director. “[Universal Studios] has given us great trust and we are so grateful for that. It has been a great all-female ensemble. We started working on ‘Pitch Perfect’ eight years ago and we were trying to make our friends laugh and have nerdy music involved. Believe me, it would not exist and thrive the way it has at any other studio.”

Lee echoed the sentiment, saying, “All of the women in this cast are super empowering and individualistic and have a super strong personality. Trish was great and Elizabeth Banks throughout this whole process was really amazing. We all know our characters so well, and we were able to dive in and improve and do a lot of things that we just wanted to try. This was the last one so we tried to make it as epic as possible.”

After the credits rolled, the cast gathered at the Dolby Ballroom for cocktails, small bites and a night on the dance floor.

Model Georgia Fowler, who was featured in a Vince Camuto campaign for the film, noted, “The movie was great. I had a lot of belly laughs. I wish I could be so witty and sing like that.”