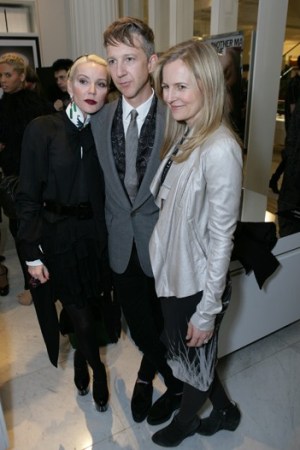 HAVING THEIR CAKE: “It’s nice to see fashion people eat for a change,” said knitwear designer Craig Lawrence at Another Magazine’s 10th anniversary party in London on Thursday night, which was hosted by Selfridges.

Dubbed “Eat the Designers,” the party featured 10 fashion labels and an equal number of bakeries collaborating on conceptual cakes.

Givenchy’s peephole dessert caused quite a stir, but the final entry took the cake, as it were. Designed by Alber Elbaz for Lanvin, it was a revolving, eight-feet tall concoction created by Bompas & Parr, made with over half a ton of sugar. No sooner had it hit the stage than a drag queen popped out and began lip-syncing a “Happy Birthday,” and “Don’t Rain on My Parade” mash up.