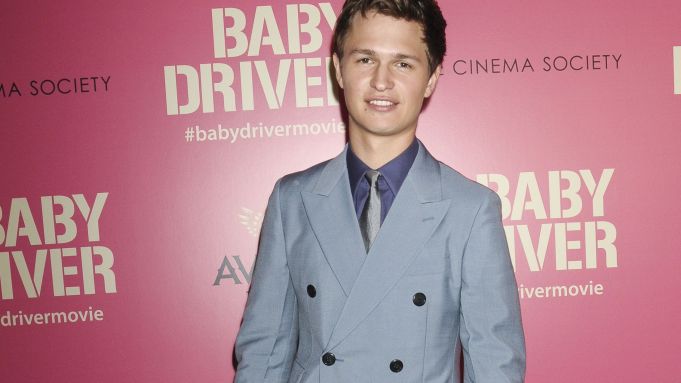 Good question — one would have been hard pressed to find a naysayer for Edgar Wright on Monday night. The director was premiering his latest film, “Baby Driver,” and as the name suggests, it’s a car chase movie; the titular character “Baby” is Ansel Elgort, a young, fresh-faced getaway driver.

“Baby does so much more than just drive and be badass. He plays a lot of different characters, and there’s a lot of different shades to him,” Elgort said. The same could perhaps be said of the actor: He also produces EDM tracks under the name Ansølo and is preparing for an international summer music tour. “Baby Driver” gave him an opportunity to explore another career path — stunt driving.

“I got to do a little bit [of driving]. They would let me do stunts when there weren’t other actors in the car,” Elgort said. “For the most part, they were worried about me killing [costar] Jamie Foxx.”

Which isn’t a reflection on Elgort’s driving skills; the New York native maintains that his abilities are top-notch. “I think if you drive in New York, you can drive anywhere,” Elgort said. “There’s very aggressive driving here.”

Anne Hathaway, Suki Waterhouse, Adrien Brody and Zosia Mamet also attended the screening at Metrograph, hosted by Cinema Society and Avion, before heading over to the rooftop at the Crown Hotel to toast Wright and Elgort.