In addition to the cast — Paul Rudd, Michael Douglas, Bobby Cannavale and Corey Stoll — a slew of boldfaced names made an appearance on the red carpet. 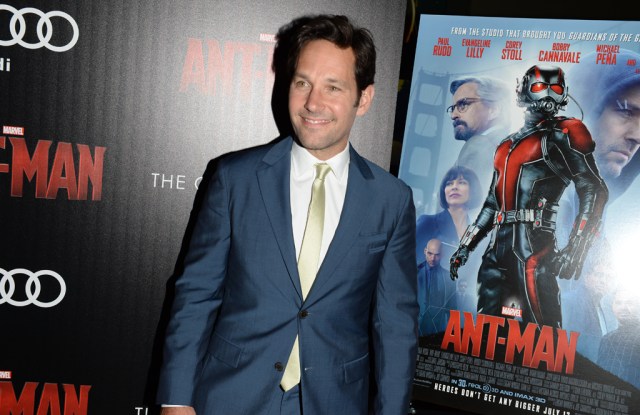 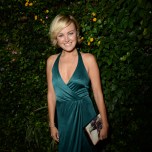 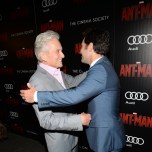 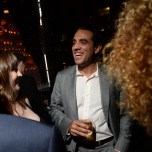 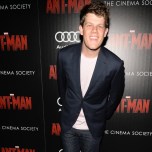 Superman, Batman, Iron Man — the world (or Hollywood, at least) is hardly lacking in the superhero arena, and based on this past weekend’s Comic-Con extravaganza in San Diego, we should be protected against even the most vile super villains well through 2018.

Still, what is summer cinema without the introduction of a new masked mercenary (and the subsequent box office payday, merchandise licensing deals, etc.)?  On Monday evening, Marvel welcomed the newest addition to its saturated universe with the New York premiere of “Ant-Man,” hosted by the Cinema Society and Audi. “Hopefully people come out and see the movie,” said Michael Pena, the first of the film’s stars to arrive. “I really hope so — we have a lot of competition.”

If the crowd at the SVA Theatre was any indication, he has nothing to worry about. In addition to the cast — Paul Rudd, Michael Douglas, Bobby Cannavale and Corey Stoll — a slew of boldfaced names made an appearance on the red carpet in exchange for the advanced screening privilege, including Andrew Rannells, Malin Akerman, Nanette Lepore, Wes Gordon and Pat Cleveland. And then there was the gang of pre-teens flanking the press line, literally shaking with excitement at the prospect of seeing their new Marvel moneymaker.

Rudd, as affable as his public persona and his “Ant-Man” character might indicate, made a beeline toward the group. “I like your purse,” he said to one fan about her pink wristlet slung around her arm. “You’ve got to keep that ID handy in case you hit the bars after this.”

Asked to identify the best part about his newfound superhero-dom, Rudd went the succinct route. “The helmet,” he answered.

Stoll, who plays the film’s resident bad guy, had a more drawn-out answer to what makes his character, the Yellow Jacket so, well, bad. “I tapped into the child within me who is throwing a tantrum because he can’t get what he wants,” he said. “This character does want the riches and the power and the world domination, but he really just wants the approval of his father figure.”

Post-screening, Stoll tapped into the father role himself, affectionately rubbing his pregnant wife’s stomach at the film’s after party, held at The Knickerbocker hotel’s St. Cloud rooftop. Elsewhere, Cody Simpson made the rounds, flanked by two girls (Gigi who?), while Douglas posted up at the inside bar, surrounded by a group of guy friends. And then there was Ant-Man himself, secluded in an outdoor alcove, the entrance to which was guarded by security. And what a shame — that post-credits scene deserves some explaining.