A pack of influential friends gathered to celebrate the French edition of the designer's tome, “The Woman I Wanted to Be.” 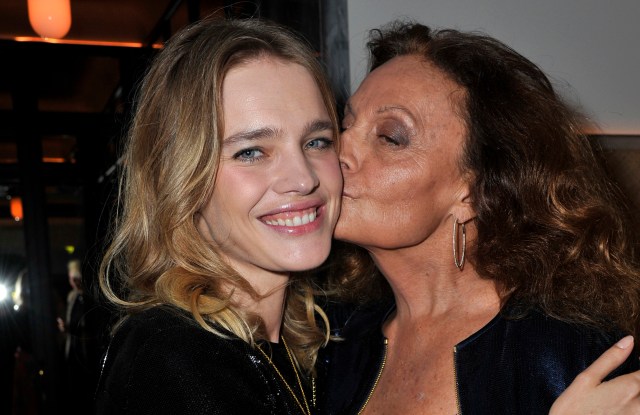 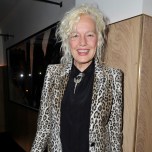 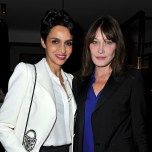 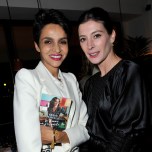 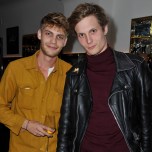 The celebrations continue for Diane von Furstenberg, whose nearest and dearest gathered at Paris restaurant Divellec on Tuesday night for a dinner toasting the French edition of the designer’s tome, “The Woman I Wanted to Be.” The soirée’s hosts were power couple Natalia Vodianova and Antoine Arnault, who used to be a regular punter at the revamped restaurant bordering the esplanade of Les Invalides.

“I used to come here a lot when I lived on this street. I was one of the few clients under the age of 75,” he quipped. “A lot of politicians used to come here. It was a great place, but very old, a little creepy almost. It reopened a few weeks ago. I know the chef — he’s a friend and a big fan of Berluti — so we thought of doing it here.”

Hugging the bar male “It”-models Felix Gesnouin and Baptiste Radufe chatted about their own entrepreneurial endeavors. Gesnouin said he’s working on a men’s ready-to-wear label dubbed Carne Bollente, based on T-shirts with cheeky embroideries, while Radufe is due to open a cocktail bar in Paris’ 10th arrondissement. “We don’t have a name for it yet, but it will have a major music focus — disco, funk, African…,” he said before disappearing into the crowd.

Photographer Paolo Roversi, meanwhile, revealed he’s been working on a book “with Natalia about Natalia.” “It’s just portraits done across two or three sessions over the last two or three years, but it looks like the same session. The title is very simple, it’s ‘Natalia,’” he chuckled.

As von Furstenberg swept into the venue, a gaggle of excited guests, including Farida Khelfa, Carla Bruni-Sarkozy and Ellen von Unwerth, swarmed to greet her. “My Carletta,” she trilled, giving Bruni-Sarkozy an affectionate squeeze before sitting down to sign copies of the book. “Ellen, I want to sign one for you because you, too, are the woman you want to be.”

Bruni-Sarkozy, dressed in skinny leather pants, a Schiaparelli blouse and fitted black jacket, seemed less convinced about her own personal journey. “It hasn’t happened yet, life is about hope,” shrugged the model-cum-musician and France’s former first lady, adding that she’s looking forward to reading the book and getting into “all the details of von Furstenberg’s life.” “She has had an incredible life, but is also a very grounded, simple person. She’s very feminine but also very much a feminist. She’s a woman full of contrasts, and I love that,” said Bruni-Sarkozy.

“I can’t say that I am there yet, I’m not yet at that point, the place I want to be, that I have dreamed of,” echoed Khelfa. Maria Grazia Chiuri, who recently sent a “We Should All Be Feminists” message T-shirt down the runway for her first collection for Dior, was more optimistic. “I think that every day you have to remember that it’s very important that you really do what you want to do. Sometimes women forget that. We have to be strong and try to do what we really like, realize our dreams, even if it’s not always easy,” she said. “Obviously, I’ve just made a big change in my life, but I did it also because I wanted to send the message to my daughter, who is 20 years old, that you can change your life at any moment.”

Added the designer: “I’m very happy that in the past I spent all my time with my family, but I was also very lucky because my husband supported me. He helped me to discover who I am. In some cultures, it’s not so easy. It’s important to support women. I’m happy to work with other women in my office and try to find solutions for them because I know what it means to have a family and work. But why should you have to choose? I want to have a family and I want to work and I hope society can help women do both.”

Vodianova, who wore a long floral DVF skirt with a black sequined top “to add a bit of rock ’n’ roll,” had much to say on the subject. “I’m still in the process, actually it’s part of what I wanted to say tonight. When I was young I really didn’t have this vision of who I wanted to be because nothing was important for me at that time other than the next day. Now — actually a lot thanks to Diane and her support in the beginning of my life with the Naked Heart Foundation and that journey — the fact that she said ‘you can do it, you should do it, this is fantastic’ and, you know, I was 22 years old! I’m very happy, but every day I feel like I’m at the beginning of my journey still.”

Gleaming on her neck was a gold coin set in a necklace that von Furstenberg had given her. “It belonged to her father. He carried this set of gold coins with him throughout the war and they’re Diane’s lucky charms in a way. She gave a few away to very special people to her. Victoire de Castellane set it for me,” said Vodianova, who sees von Furstenberg as something of a mentor. “I admire everything about her. She’s a larger-than-life personality, she really can do it all. I think she’s the version of Karl, this overachiever. You know, I’m a driven person, but the way she does it, so effortlessly, and of course she is one of the most iconic women alive. She is the best possible advisor to have on anything you’re doing. It’s definitely important to have her on your side.”