Antwaun Sargent, Zoe Buckman Honored at Stand With Us Benefit 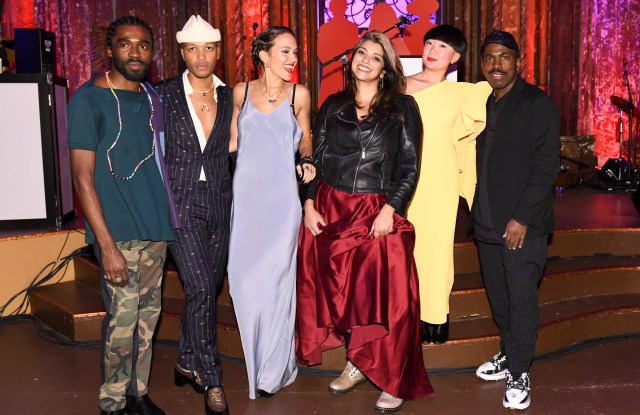 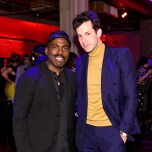 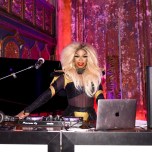 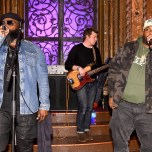 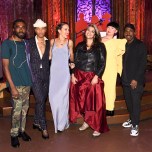 Photography, music and fashion converged Thursday night at Stand With Us, the annual benefit held by nonprofit photography and lens-based artist incubator Baxter St at Camera Club of New York.

Guests Mark Ronson, Derrick Adams, JiaJia Fei and others were in attendance for this year’s edition that was held at the Angel Orensanz Foundation.

Stand With Us is a nontraditional gala that substitutes the complicated seating arrangement and arduous show program with a cocktail party and performances to celebrate lens-based artists and artists of all mediums. This year’s event marked the third iteration of the benefit, and honored artists Zoe Buckman and Ivan Forde and Antwaun Sargent, the author of “The New Black Vanguard: Photograph Between Art and Fashion.”

“We’re different for a reason,” said Baxter St president Michi Jigarjian. “We make that conscious decision to have a fundraiser that looks like us. It’s not a sitdown dinner, it’s a party and it’s a time for everybody — our artists, writers, curators, our supporters and our friends — all in the same room and it’s just an extension of who we are.”

The first event was held in 2018 when artists in the Baxter St community were creating works in response to the political climate. Baxter St, which is one of New York City’s oldest institutions having been founded in 1884 by Alfred Stieglitz, is a nonprofit that features artists and allows them space to create with the help of monthly stipends and a residency at the 126 Baxter Street gallery. The organization raises funds through grants and the Stand With Us fund-raiser.

Past honorees and guests at Stand With Us include Kaws, June Ambrose, Brooklyn Museum director Anne Pasternak, and Jose Parlá whose first solo museum exhibition in New York is on display at the Bronx Museum of Arts. “It’s Stand With Us for culture and we felt that it was this time that we needed to make a statement and bring everybody together in a very equal, inclusive environment,” said Jigarjian.

Last night saw performances by surprise guest Raekwon the Chef of the Wu-Tang Clan, who held a performance to celebrate the 25th anniversary of his solo album “Built 4 Cuban Linx,” and rapper Tariq “Black Thought” Trotter both with the Menahan Street Band, a DJ set by Honey Davenport from Ru Paul’s Drag Race, portrait sessions, custom cocktails and Scarr’s Pizza.

Sargent, an art critic and curator, writer and longtime supporter of Baxter St and emerging artists, was honored with the Visionary award. “I started writing about black artists a decade ago now and it looked very different from the situation we find ourselves in now where artists are being written about and celebrated,” Sargent said. “A moment like this, once you get over the embarrassment of being recognized, I hope it speaks to the work that I have done and will continue to do, because these artists mean a great deal to me. It feels great to be recognized this way by an organization.”

Sargent in October published “The New Black Vanguard: Photograph Between Art and Fashion” through Aperture. The book showcases 16 young black photographers and talents like Renell Medrano and Micaiah Carter, in an effort to highlight and celebrate their work well before the end of their careers when they are typically celebrated.

“The book really is a naming project, an opportunity to collect some of those images in a book to show what young, black photographers are doing now and how that connects to black portraiture and photography,” he said. “At this moment you cannot look anywhere and not see these young voices and the contributions that they’re making to photography, fashion and art. Young artists matter.”

On February 28, Sargent will sign copies of “The New Black Vanguard” at Gucci Wooster. He said the company tracked down the last remaining copies of the first run and the next run is on the way. He will also be curating part of Paris Photo photography fair in New York City from April 2 through 5.

Guayana-born and Harlem raised Forde, the recipient of the Emerging Artist award, had his works included in group exhibitions at the Whitney Museum of Art and the Studio Museum in Harlem. Baxter St introduced Forde as a workspace resident, and one of his earliest exhibitions was held at through the organization’s curated exhibition program.

“The experience encouraged me to take bigger risks in my practice and inspired personal and artistic growth in trusting my intuition,” said Forde. “With Baxter St’s unwavering support we exhibited my first solo project of cyanotype prints based on the Epic of Gilgamesh here in NYC to great responses.”

Finally, East London-born artist and Baxter St board member Buckman received the Social Justice award for her work exploring feminist rights. “I’ve always been a maker,” she said. “I learned through my mother the value of artistic expression and how that can intersect.”

She said that fashion doesn’t play a role in her artwork but she has utilized garments and textiles like lingerie, wedding dresses and wash towels to explore objectification. “My work has always been centered around the female experience, around themes of rights to sexual health and choice, domestic violence, those who identify as women having their power taken away from them,” she said. “I’m really moved and touched that [Baxter St] gave me that award. I take it seriously…I don’t feel like I do enough and it’s that driving force to be more of service.”