The luxury Italian shoemaker drew a mix of socials and celebs to the Carlyle Thursday night. 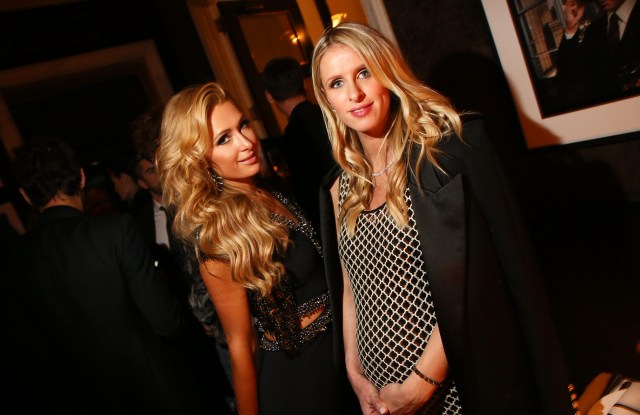 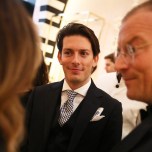 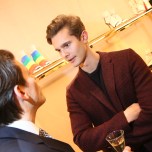 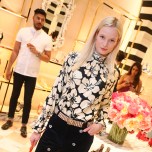 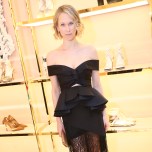 The term “intimate” gets thrown around quite a lot these days when it comes to fashion dinners.

“I thought this was a 20-person get together,” one editor disclosed to her tablemates. She was perched on a leather banquette in the back room of the Carlyle, packed with about 90 people milling about. They were there to toast Aquazzura creative director Edgardo Osorio on the Italian footwear brand’s first U.S. flagship, just around the corner on Madison Avenue. The 2,221-square-foot space was designed by Ryan Korban. “We didn’t want to do a boring store on Madison Avenue. We wanted something that was going to make people stop and go ‘what is that?’” Korban said before taking a seat between his dates Anna Ewers and Kasia Struss. Guests, most of whom had gotten a good buzz on at the pre-dinner store cocktail, poured into the restaurant, the space filigreed in a pretty gothic motif. Osorio roamed the floor, making sure his attendees — a mix of editors, socials and celebrity fans — were tended to.

“What time is it?” a guest asked rhetorically before noting it was nearly 10 p.m. on their wristwatch. “And dinner hasn’t been served yet?” she asked, again, rhetorically. “Italians,” she shrugged.