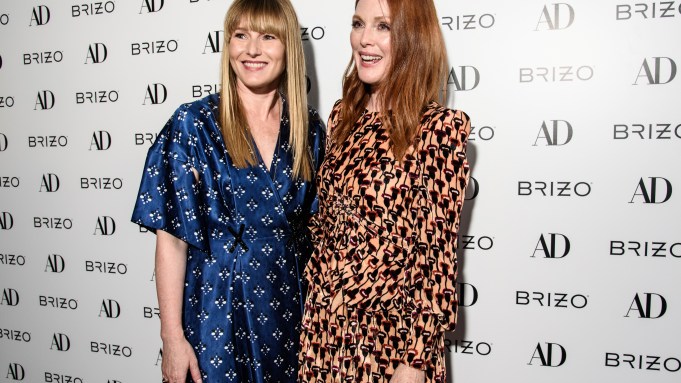 “OK, so now you see how one night is like with designers and architects,” Amy Astley remarked on Wednesday night from the Public Hotel. “They all want the one-on-one time.”

The Architectural Digest editor in chief was hosting a party to toast the magazine’s September style issue, and was greeting a rotating door of guests from the interior, fashion and publishing worlds. Even Julianne Moore stopped by — albeit briefly, she’d come off two shoots earlier in the day — to congratulate the editor, who took the helm of the magazine just over a year ago.

“I always get impatient, because I want to get more and more done, and I’m sort of hard on myself,” said Astley, reflecting on her work at the publication over the past year. “And then I take a step back and think, ‘Ah, it’s been one year.’ I have an issue to show for myself every month, and I’m really pleased with the magazine,” she continued, before going on to praise her staff, digital traffic growth and the overall look of the magazine.

“I wanted it to have more color and personality and people, but I really ultimately wanted it to feel relevant to life, and something that people felt like they had to see and they were compelled to see and that they’d talk about with your friends,” she said. “Tonight people were saying to me, ‘Oh my god, Kate Moss — Kate Moss’ bathroom, her wallpaper; Claudia Schiffer.’ That’s what I want, not just another tasteful house — there’s nothing to talk about.” 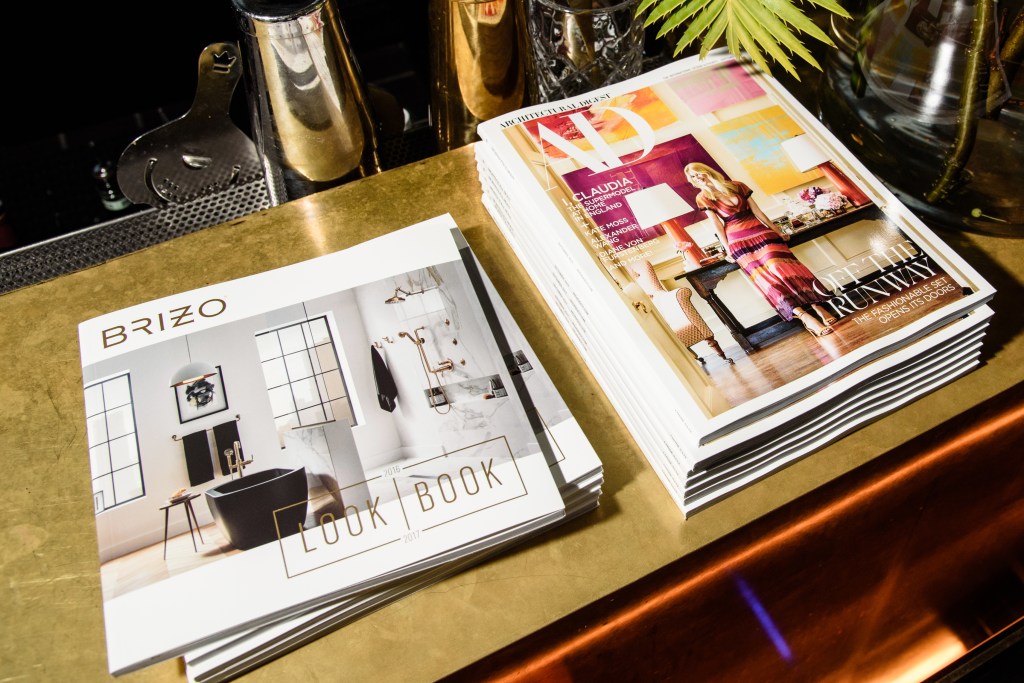 Schiffer is September’s cover face, and the magazine features a profile of her English estate. Last September, which was Astley’s first issue, featured Marc Jacobs’ dog Neville Jacobs, a star in his own right with more than 200,000 Instagram followers and his own Rizzoli coffee table book.

“It’s no doubt that the celebrity covers pretty much sell better [than just interiors]. I’m only one year in, but you see the pattern in 12 issues,” Astley said. “The Obama White House was really amazing for us. Even a star who has great taste, like Meg Ryan, did really well. There’s no doubt that people are interested to see how [a celebrity] lives in their space.”

Could Moore perhaps be one of those stars for an upcoming feature?

“She’s a lovely person, she’s known for having great taste in home, she’s a design junkie,” Astley responded coyly. “She might be coming up, she might not. We’ll see.”