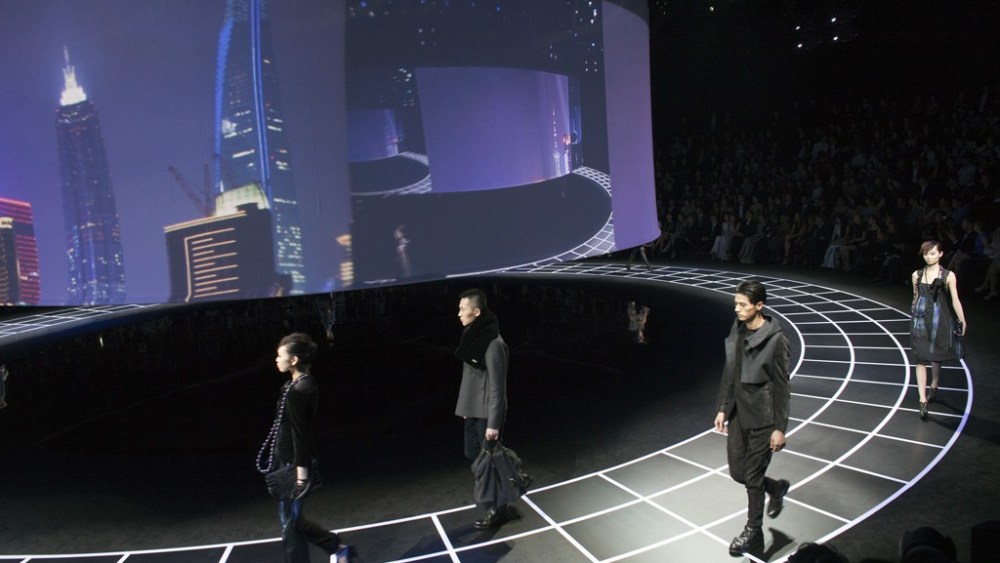 Giorgio Armani promised to wow Beijing in only one night and did so Thursday by putting on a fashion extravaganza in the art district.

Armani’s “One Night Only in Beijing” fashion show and party brought 1,000 people to a massive former water tank in what was once an industrial zone and has, in more recent years, been transformed into the city’s go-to destination for art and performance.

The Armani gala inspired rock legend Tina Turner to make her first trip to China, where she visited the Forbidden City, didn’t have quite enough time to take in the Great Wall and marveled at the modern heights of skyscraper-filled Beijing.

As to why she traveled around the world for an Armani event, Turner explained that she is a fan, but that, more practically, “I wear Armani.”

“What I love about Giorgio’s designs is not only the creativity but also the versatility,” she said.

Turner wasn’t the only superstar singer at the show. After the models cleared off the runway, Mary J. Blige turned it into a concert stage.

Blige, who showed off her language skills by greeting and thanking the crowd in Mandarin, performed seven songs in about a half-hour, including an emotional rendition of “No More Drama,” “Family Affair” and her version of the U2 song “One.” As Blige sang, Turner danced and applauded from the front row.

In Beijing for the first time, Blige said before her performance that she was happy with her fragrance business, which is doing “really well,” and admitted she was at the “brainstorming” level of a fashion collection project, starting with shoes and boots. While conceding she was not a designer in Armani’s league, she said she would also like to try her hand at “great-fitting jeans.”

The fashion show, which started a bit late after a slight mechanical glitch, included a wide array of Armani’s designs for men and women, with more than 100 looks from three collections. Models strutted around the circular runway, which matched the shape of the water tank in a concept design drawn by Armani himself. Behind their heads, a giant cylindrical video screen scrolled night scenes from Shanghai streets and more abstract graphics as the collections moved past.

In a special nod to this still-fast-growing market, often described as the world’s bright spot for luxury brands, the designer unveiled 15 new looks at the end of the show from the Privé couture collection. At the center was a magnificent black lacquered gown with a gold dragon draping across the body and black feather accents at the shoulder. The centerpiece style in black and gold was surrounded by others in an array of gowns in pale greens, creating stunning contrast and effect for the show’s final moments.

Those gowns at the end, unveiled especially for China, were on the mind of Chinese celebrities at the event before it even began. Film star Fan Bingbing, who is poised to make her international breakthrough in next year’s “Iron Man 3,” said before the show she was eager to see the collection, in particular Armani’s new gowns inspired by China.

“Of course I wear Armani,” Fan said, describing the designer as a favorite when she is looking for elegant eveningwear.

Actress Michelle Yeoh said she seized the opportunity to attend Armani’s “biggest show,” six years after his last trip to Beijing. The actress was taking a break from filming “Cook Tales” in Bangkok.

Following Blige’s powerful performance, revelers took to the outside of the cylinder’s space to party, backed by tunes from DJ Jesse Marco.