The action is attracting thousands of people, scores of well-dressed artists, art dealers, collectors and the odd celebrity or two.

By Amanda Kaiser and Payal Uttam on March 24, 2016
View Slideshow 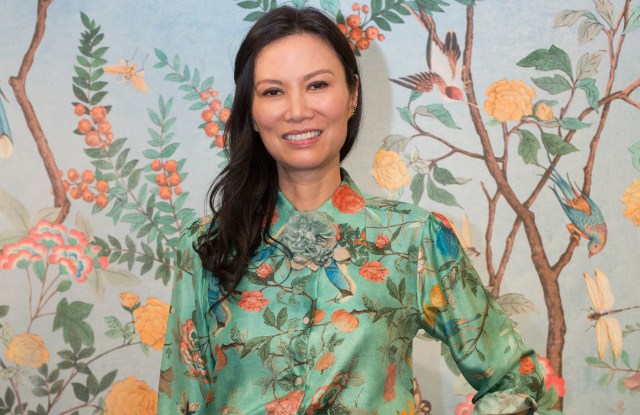 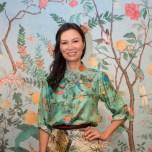 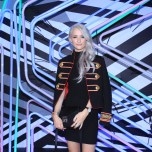 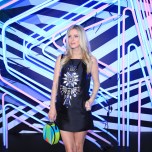 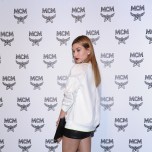 HONG KONG — Another chapter in the ongoing love story between the fashion and art worlds unfolded here this week. Gucci, Davidoff, MCM, Net-a-porter and Shanghai Tang staged events over the past few days seeking to tap into Art Basel Hong Kong and a host of satellite events and gallery openings taking place all over town.

The company called on a group of Asian artists to create works incorporating its Tian pattern, a whimsical motif combining flowers and birds inspired by 18th-century Chinese tapestries and screens. The artwork is collected in a dedicated microsite at gucci.com/guccigram-tian and is being shared on the label’s social networks.

Tsang, a Los Angeles-based filmmaker, artist and performer, said this was the second time she has participated at Art Basel Hong Kong and that she likes the vibe of the show.

“I really like the community. There’s a nice arts community here,” Tsang said, adding that she’s focusing more on her work than the business of things, which she delegates to her gallery. “I try not to pay too much attention to that.”

Loh created 200 one-of-a-kind terrariums for Gucci and 50 of them were distributed out to dinner guests. He regularly posts photos of his tiny, mossy landscapes on his Instagram account. “I got inspired by nature itself. I’m actually trying to bring nature back into homes,” he said.

As per tradition, megacollectors, artists and gallerists floated to the Davidoff party at the Grand Hyatt Hong Kong’s poolside on Tuesday evening, where British pop star Craig David hit the decks. Clad in all black with chunky diamond bracelets, he belted out infectious hits from the early Aughts. Crowds of fans danced and sang along.

Net-a-porter and its men’s site Mr Porter also hosted a cocktail party Tuesday night for the launch of new issues of their respective online fashion magazines, The Edit and The Journal. Both titles feature photo shoots and interviews with leading Asian creatives from the arts world, including Adeline Ooi, Art Basel’s director for Asia, and Wawi Navarroza, a Philippines-based visual artist and photographer.

Jenny Dickinson, editor of The Edit, said her publication wanted to talk about women who were working to effect change within the art industry. “From what they said in their interviews, they really feel that there has been a bit of a change in the perception of Asian art in the Western world,” she said. “There are less barriers, real barriers than there used to be. There’s more cross-cultural buying…so that’s amazing.”

After making their rounds at the fair, the fashion party circuit descended on the MCM boutique in the heart of the Central District on Wednesday night. Guests included Nicky and Barron Hilton, Karolina Kurkova and Hailey Baldwin. It was standing room only as a constant stream of partygoers crammed into the underground space. The store was aglow with neon lights and was plastered ceiling to floor with psychedelic patterns by contemporary German artist Tobias Rehberger, who collaborated with the brand on a limited-edition collection for its 40th anniversary.

Stepping out for a cigarette, Rehberger, a regular at the art fair, sang Hong Kong’s praises: “This is one of my favorite cities because it’s so lively and such a melting pot, even more than New York. I love being here.” He added that holding the launch party in Asia was perfectly timed: “It makes sense because of the East-West connection that it’s a German brand that is now Korean-owned.”

MCM gave Rehberger free rein to create the immersive in-store installation, titled “If you want the rainbow, you gotta put up with the rain,” and inspired by the camouflage the British used during World War I. The undulating black-and-white patterns were based on the artist’s interpretation of the brand’s logo, which also enveloped MCM bags that dangled from the ceiling and were scattered randomly on the walls instead of the display cases, which held teapots.

“Since Asia is [the birthplace] of tea, I brought all these European versions of teapots from Finland, Russia and Germany so it look like it’s a deserted teapot shop,” he said.

At the party, the artist made a loud entrance with a colorful entourage playing drums and cymbals. A living art installation, he was dressed in a kooky outfit with a towering headdress, white wig, layers of ink-stained clothes, giant beaded necklace and his “froggy glasses.” In a tribal-like performance, he wove through the crowded store beating together wooden sticks and chanting. To the bemusement of the audience, the performance culminated in an impassioned drum-off of sorts on the top floor.