Missed Art Basel Miami 2016? Here’s Everything You Need to Know

You might call it an exhibition of creative consumerism 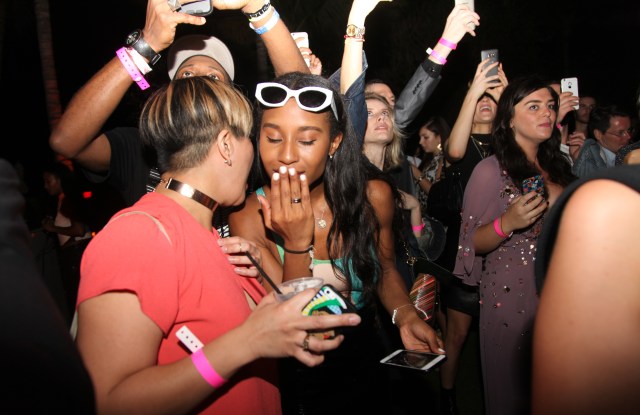 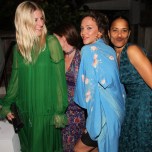 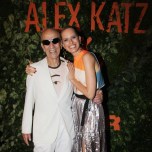 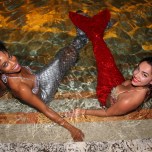 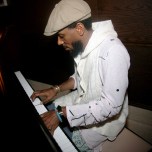 The 2016 edition of contemporary art fair Art Basel Miami Beach was an exhibit of creative consumerism. The week-long event, which wrapped on Dec. 4,  drew attendees from all over — who had no shortage of art exhibits and parties to choose from. Here’s what one reporter saw while making her way around Miami Beach and Miami’s Design District.

It was only Tuesday and many Art Basel Miami Beach attendees were already late to the game.

“All the most important things that show are bought and sold before the thing opens so the best stuff is already gone before anybody gets in to see it,” said John Loring, design director emeritus of Tiffany & Co., perched poolside at One Hotel. He was there celebrating Paloma Picasso, and across the Biscayne Bay, another Picasso was being honored as well.

Diane Widmaier Picasso had curated “Desire” in collaboration with Larry Gagosian and Jeffrey Deitch and the trio were toasting the exhibit in the Design District. Nearby, a directory of boutiques — Loewe, Dior, MM6 Maison Margiela, Panerai — were hosting cocktails to celebrate their respective artist alliances.

“I showed on this block about four years ago, when the buildings were not even occupied yet,” said Aaron De La Cruz, who had collaborated with MM6. “So to see it go from empty street to this has been a crazy change, you know?”

Indeed. The man responsible for aforementioned development — Craig Robins — was making his way from the “Desire” opening to a celebratory dinner across the street. Art Basel brings together a motley crew of dinner companions — Anthony Vaccarello, Harmoine Korine and Wendi Murdoch were all there, as was rapper Travis Scott (thanks to dinner sponsor Saint Laurent). Scott wasn’t only at Art Basel to party, though.

“I’m looking to find new ideas for my home,” he remarked, before making his way over to Martha Stewart for a selfie.

RELATED: Art Basel Miami Beach: Artists Have to Eat, Too

Well, Robins actually did pick up some new artwork for his home thanks to the “Desire” show — though nothing quite as flashy as the two mermaids swimming laps in his backyard pool on Sunset Island II. “The mermaids, they live here. They’re full-time,” said Robins, who was hosting a house party for Panerai Design Miami/Visionary Award winner SHoP architects.

Over on Miami Beach, artist Alex Katz was basking in the fruits of his collaboration with H&M while Nelly Furtado crooned her 2006 hits outside at the Miami Beach Edition.

Don’t tell that to Colins or Gagosian. “It works very well, but I think it’s on the low level. They’re trying to sell commodities, not art,” Katz added, fully aware that his H&M collection is indeed a commodity, albeit a cheaper one with prices hovering around $29.99. “This is on a proletarian level, anybody can buy them,” he continued. “It’s the idea of art reaching a lot of people.”

Speaking of art reaching a lot of people, on Dec. 1, Art Basel Miami Beach officially opened to the masses (who were apparently left with the bottom-of-the barrel art buys). The novelties of the week — 80-degree humidity in December, Chaka Khan singing on the beach, $1.99 Lyft Line rides — began to wear off. Traffic on Collins Avenue was completely congested, leading at least one driver to declare his plans to sit the weekend out.

Are brands the new kings of the art world? “When you look at the history of art, you always had sponsors. In the past, it was either kings or bourgeois,” said Tiffany & Co. chief executive officer Frederic Cumenal, cohosting a party with the Whitney Museum to celebrate its Biennial artists. Fashion brands have been throwing their support behind artists through a variety of product collaborations and ambassadorships for years, which bring the artists perks such as a larger platform and financial incentives. Some artists might balk at the idea of “selling out” via a bag (or, in the case of Katz, T-shirt) collaboration, but it might just be the ticket out of relative art world obscurity. Or, again in Katz’s case, a check and trip to Miami.

With all of the free-flowing booze fueling the week’s many pool parties, it was only a matter of time before someone went for a swim. Honors went to rapper Young Paris, who fell into the pingpong ball filled pool in the backyard of the Delano Hotel, where he was performing at Moschino’s psychedelic party. “It’s good for press, it’s fine,” remarked a flack from the VIP cabana area, where Jeremy Scott was greeting his rainbow-clothed devotees.

While many VIPs begin to leave the whole Basel ordeal just in time for the weekend masses to flood the island and harass party list-keepers, Madonna’s benefit concert on Dec. 2 kept many in town an extra day this year. And some VIPs were just arriving. Paris Hilton got to Miami just in time for Aby Rosen’s exclusive dinner and Dom Pérignon after party at the W Hotel, where Gucci Mane performed the shortest set of the week — he was onstage no more than 10 minutes.

“This has been one of the best years so far. I saw some of the work today, and I was so impressed with it,” Hilton gushed.