Roberto Cavalli and W Magazine host a dinner at the Rubell Family Collection, Larry Gagosian and Jeffrey Deitch celebrate their "Unrealism" exhibit and the Faena hotel throws an opening party. 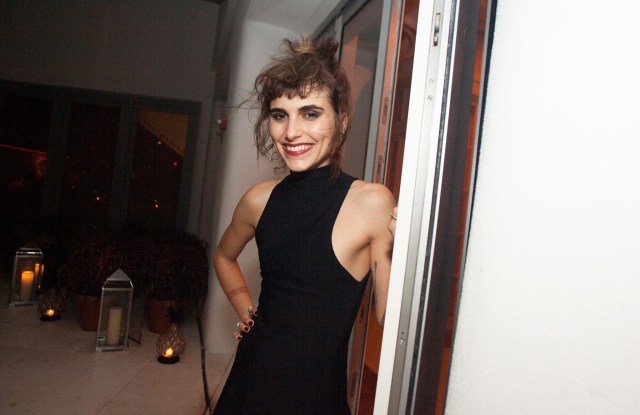 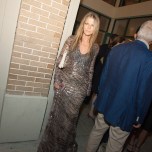 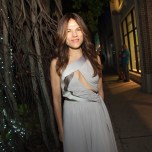 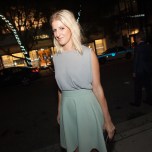 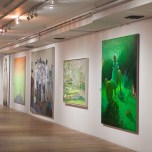 It was nice, considering the number of commercial brands present, that the first night (unofficially) of Art Basel Miami Beach parties began with a true art event — the opening of “Unrealism,” a collaborative exhibit from Larry Gagosian and Jeffrey Deitch on figurative painting and sculpture. Rather than “partying for partying’s sake,” as Miguel befittingly described the week later on in the evening, people here were simply enjoying the art, although mostly through the lens of their iPhone cameras. In fact, there wasn’t even any alcohol being served. Gagosian held court at a foldout card table on the first floor of the Moore Building, and fans posed with him for photos — perhaps only at Basel are art dealers subjected to so many selfies. A steady stream of guests circled in and out of the Design District space. “I thought it was spectacular, I think it’s some of the best examples of the artists’ work that were included and it was a real treat to see this moment in time,” said Casey Fremont Crowe, on her way to her Uber. There was, after all, a long night of parties ahead.

Around the corner, Hermès toasted the artist Julio Le Parc, whose optical prints were transposed onto the fashion house’s signature silk scarves as part of the Editeur project. A candlelit dinner was set up on the roof of the store, which opened in early November, for the likes of Elle Macpherson, Craig Robins and Jackie Soffer. Macpherson, in a Mira Mikati jacket, relocated to the Sunshine State last year — after marrying Miami real estate staple Jeff Soffer — and was flaunting her new hometown. “It was a fantastic choice to move here, I’m so happy,” she said. “The lifestyle is amazing. There’s such a diversity in culture and it’s fun to be part of an emerging city.” Asked if she planned to purchase any art this week for her new home, she seemed eager. “Possibly. We’ll see. I’m going to Basel tomorrow. The Haas Brothers did have some interesting pieces at Design Miami.”

Ten blocks south, W Magazine and Roberto Cavalli were toasting the Rubell Family Collection’s new “No Man’s Land” exhibit, a collection of 100 female artists’ work. “Stefano [Tonchi, W’s editor in chief], and I wanted to do something together for Art Basel, and when the opportunity came up for this, an exhibition that celebrates women and women’s art, I completely jumped on it 300 percent because celebrating women is what I do as well,” said Peter Dundas, Roberto Cavalli creative director. “It’s great when you have events where people can relax a little bit,” he continued, surveying the crowd. You could hardly tell, but dinner took place on the Rubell family’s tennis court behind their home, which is adjacent to the museum. “I kind of volunteered the court, not checking with my husband,” said Mera Rubell. “At the end he ended up being a good sport but it was, you know, 50 years of marriage could have gone down the tubes.”

Dundas, for one, wasn’t really able to relax — he had a flight to New York at 7 a.m. the following morning for press appointments. “Never bored,” he said. He wasn’t the only one making a quick trip. “I just came for two days,” said Greg Chait. “I like Miami, I haven’t really explored but it feels super loose, which I like. It seems like anything goes here, it feels really fresh.” Indeed, the amount of creative talent in one room — Mary Boone, Jennifer Rubell, Amy Bessone and Mary Weatherford among them — was awe-inspiring. It’s the reason why Miguel was there. “I just like to be around creativity,” he said. “The whole point of being down here for me is to use the inspiration all around and hopefully allow it to move me in some sort of way to create. The energy all around is really great, I just like to be in the mix. So after this I go back to the studio.”

The topic of the exhibit provoked conversation about women in art. “As broad as the practice is inside that definition of all [women artists] there’s something quite interesting and critical and a powerful identity that they all share,” Mera said. “They’re all diverse as can be, but there’s something interesting in thinking about a certain powerful identity. There was a time that you would think that it was patronizing, but I think that society is opening up, the art world is opening up, more galleries are representing women, more collectors are buying women. We just thought that this was a moment to celebrate the women.”

Back on the Miami Beach side, the new Faena Hotel threw an opening party. Formerly the Saxony Hotel, the space was redesigned with the help of film director Baz Luhrmann and his wife and costume designer Catherine Martin. About $550 million later, it’s now a Gatsby-esque compound with a 3,000-square-foot theater, screening room and wine cave. “This is a little bit too weird for me I have to say,” said artist Rachel Feinstein, who was making her last stop of the night after attending the “Unrealism” show, which features her and her husband John Currin’s work. “I grew up here, and I left in ’89 to go up to Columbia University. I like the way it was in the mid-Eighties. It’s a different place,” she continued. She made her way to the boardwalk that lines the beach behind the ritzy hotels on Collins Avenue.

“Now we’re just going to walk back to our hotel and go to bed.”