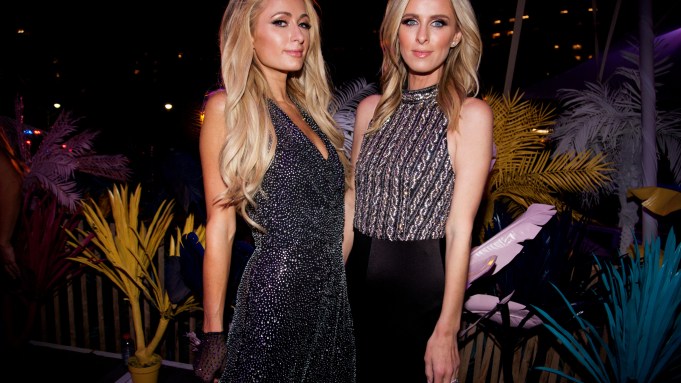 The launch for the second annual CR Fashion Book calendar with Perrier-Jouet hit a minor snag on Thursday, mere hours before the glam beachside party was set to begin: the calendars in question were lost on the highway somewhere en route to Miami.

“Unfortunately our calendars were on their way to Miami today on the truck, and the guy had a little bit of an issue on the way and the calendars couldn’t make it to the party,” said Vladimir Restoin Roitfeld, inside the tent at the Faena where dinner was about to begin. “So we had to have someone from our office take a flight at 5:00, who is just arriving now in half an hour with 70 calendars in her bag, because we wanted everyone to see it. So that was a little bit of a drama today.”

But what would Miami be without a little drama? That vibe was what the CR team was hoping to tap into, in deciding to launch the calendar in Miami this year instead of New York.

“Miami has a different crowd from New York, than from everywhere, so we thought it would be good,” Roitfeld said.

Vladimir had arrived the previous evening, but had made time to swing through the art fair (in between tracking down the calendars, of course).

“I worked in the art world for almost 10 years before working on the magazine with my mom, so I’m always happy to get to see faces and beautiful art,” he said. “It’s a little overwhelming, but…”

Hamlin was in town spending time with her music industry friends, she said, and was looking forward to some down time.

“I don’t really like clubbing, so that’s why Miami is weird for me because it’s a huge party scene,” she said. Her plans instead? “Tanning, jet skiing, sleeping, relaxing.”

Hamlin will spend the holidays in Costa Rica with her family, before embarking on more international travel in early 2019 for her modeling career since switching to One Management.

“I’m working a lot more, with this new agency,” she said. “I’m working until end of December, and then January. I have to go to Tokyo at some point, and I want to go to Australia. I’m just, like, making my rounds.”