The rapper performed after a dinner celebrating ARTnews, YoungArts, and JR's “Inside Out” project at the pop-up. 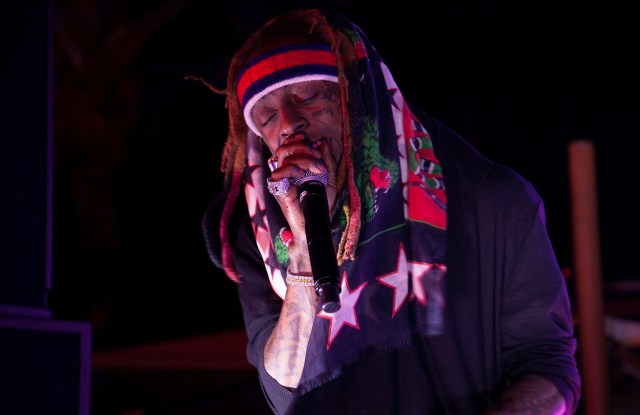 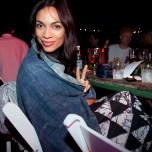 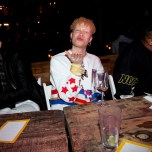 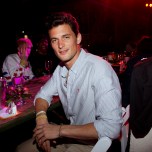 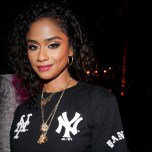 Friday night in Miami Beach, much of the VIP collecting crowd had already departed, but there was still plenty to celebrate.

Over at the Surf Lodge’s pop-up at The Confidante hotel, ARTnews hosted an intimate poolside dinner to celebrate the unveiling of JR’s site-specific “Inside Out” photo project in collaboration with YoungArts. Much of the extended Surf Lodge family was in attendance, including Garret Neff, whose swimwear line Katama hosted a pop-up throughout the Surf Lodge’s residency in Miami, as well as Rosario Dawson and Abrima Erwiah, whose sustainable fashion brand Studio 189 had also set up shop for the day.

Dawson and Erwiah had just arrived in town the day before by way of Cape Town. Their line, which is based in New York and Ghana and produced in West Africa, is farm-to-consumer. “We basically do the entire value chain,” said Erwiah. “As a way of creating work and doing capacity building and local communities, and connecting the dots between this and over there.”

Talk throughout the week often hovered around the gallery-artist debate: Are galleries good? Predatory? Dawson was on the side of championing the artists.

“I know Swizz Beatz is doing that, and making sure there’s no commissions…so maybe artists, if they even get to be here and they sell a piece of art, and then oftentimes they don’t get the full value of what is sold here. And just being better about bringing more consciousness around that, and recognizing everyone along that supply chain.”

Although the pair just arrived in town, they were planning to drop by the Faena and Design Miami/ over the weekend — and were open to hearing suggestions from those who’d already been making the rounds for a few days. “It’s good to get the vibe from folks who’ve been here a little bit,” said Dawson.

After dinner, guests crowded around a mini stage for a surprise performance. It was Lil Wayne, decked in diamonds and Gucci, who performed a 30-minute set. Pacing back and forth with his eyes closed, the rapper closed out the night with his hit “Uproar,” featuring Swizz Beatz (speaking of commissions), from his new album. The party might have been over by 11 p.m. but, as Mr. Carter puts it best on the track, “the night is young though.”