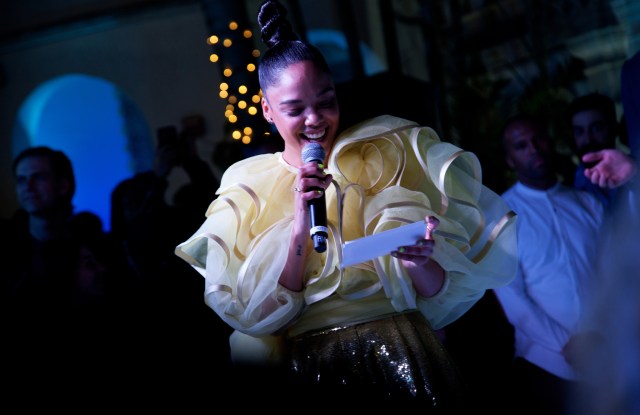 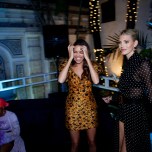 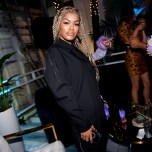 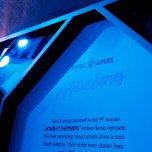 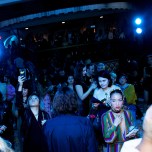 “This is my first Basel and it is so fantastic to be here,” Thompson said, before presenting the competition grand prize to Erik Nieminen.

The actress — “dressed as a loofah — a Marc Jacobs loofah by the way, so, don’t play” — was joined by Teyana Taylor, Laura Harrier, Devon Windsor, Sasha Lane, Shaun Ross, Kevin Garnett, Garrett Neff, Chloe Wise, Andrew Warren, Gaïa Matisse and more for the party, which celebrated the arts program which highlights emerging artists and gives them a platform to display their work, in partnership with Artsy.

“I love being here because it’s an opportunity to discover talent, which means so much to me,” Thompson said.