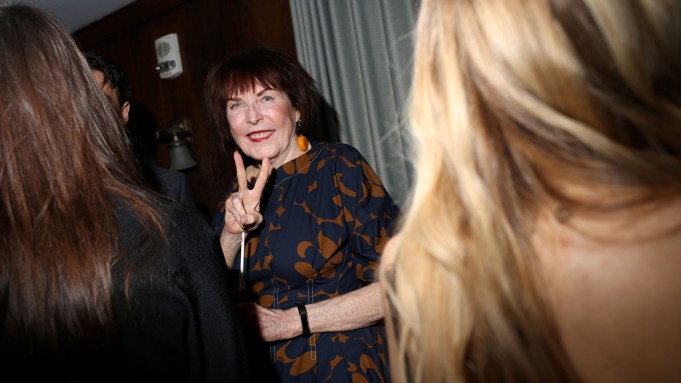 Jerry Saltz polled the intimate art crowd sitting on the floor on the eighth floor of SoHo Beach House on Thursday evening: who had been called a bad name on social media?

Hands shot up all around. Next question: who had an image taken down on Instagram?

A photo of a Pistoletto sculpture had been censored. A piece from the Spring/Break art fair had gotten taken down. One person had their entire account taken down because of a video of a girl holding a conch shell and pouring a glass of milk.

“Everytime I post my nipples they get taken down, which I try to do a lot just to make a point,” said musician Tove Lo, whose arm tattoo has also been banned from Instagram.

“Tattoos are going down. Anyone want to say one more? It’s like asking people their cat’s name,” said Saltz.

The art critic and Marilyn Minter had congregated with an intimate art crowd — gallerist Jack Shainman, artists Shepard Fairey and Shantell Martin, Tali Lennox, collector Carole Server — at the hotel for a conversation and dinner in collaboration with Playboy during Art Basel. “We’re in the right place. But are we actually? You don’t know in Miami, it’s like, uh-oh, there’s a better party — I can hear it,” said Saltz at the start of the talk, which was centered around the idea of a creeping Puritanism within the art world and wider culture.

Minter, a feminist advocate and activist, got herself temporarily shunned by the art community in the late Eighties for her series of paintings around ideas of pornography.

“What I found out was, it was like women were terrified of sexual imagery, and if you were working with it you were a traitor to feminism.”

She posed a question to the room: why do men find women owning sexual imagery so scary?

Fairey chimed in a theory for the team.

“Equal footing,” he said. “I think by extension we’re seeing that manifest in the desperation of the patriarchal ship sinking right now, and the rats behave very badly when they’re desperate.”

Saltz and Minter left the crowd with a few thoughts for food before sitting for dinner: everything’s an illusion; that Bernie, Warren and Biden should get off the political stage; and to support gun control activists. (Not to mention rising waters all over the world, and especially in Miami.)

“Don’t be complacent anymore, and come to the show we’re doing at Galerie Eva Presenhuber and Arsenal Contemporary called ‘Abortion Is Normal,'” added Minter. “Although I wanted to call it ‘Thank God for Abortion,’ but some of the artists said ‘nu-uh.'”

After the talk, Fairey (who also operates under the moniker Obey Giant) offered more about his own experience dealing with puritanical reaction from the art world.

“I like the idea that Playboy is evolving, progressing and that the importance of women’s voices in the art world is being emphasized and they’re speaking for themselves,” he said. “I was interviewed in Playboy a couple of years ago, and was totally attacked so this topic of purity and political correctness is something I’m interested in, because I think that a lot of people are afraid of what the right thing is and not recognizing that being a sexual person and an aware and progressive person aren’t mutually exclusive.”

“I’ve been accused of trying to be a white savior because I do things around race, accused of trying to take the mic from women because I do things around gender inequality,” he added. “But I’m born who I was born being, so I find it very ironic that now that would disqualify me because I’m opposing other people being disqualified for not being a man or white. It’s very complex, and I always say I’m trying to be an advocate and an ally; I’m not trying to steal the spotlight.” 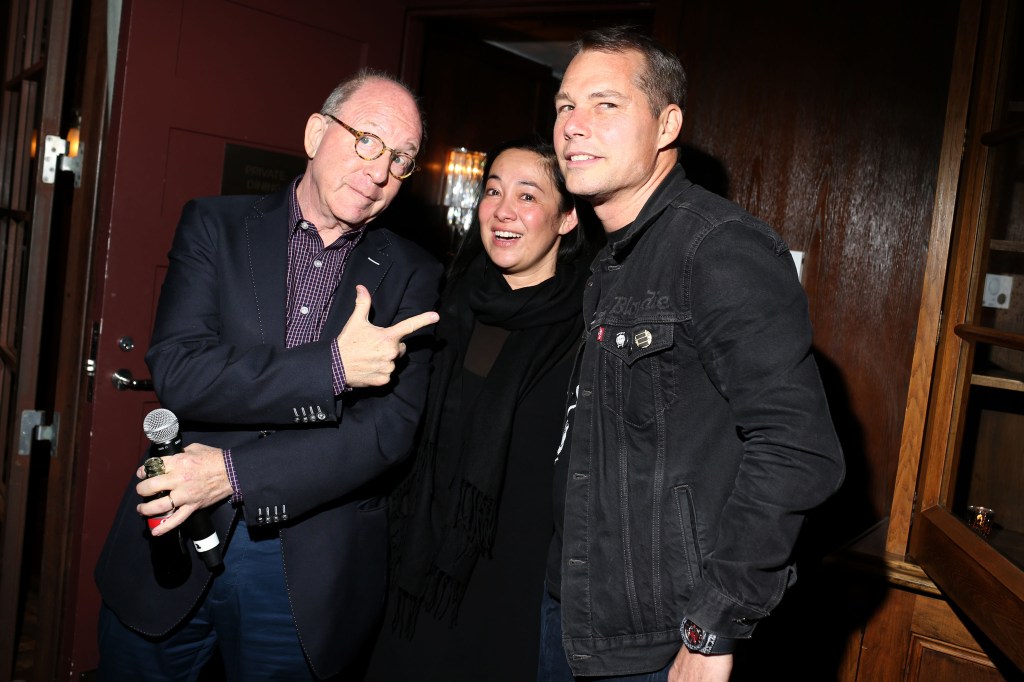