Yes, the exit is through the gift shop. 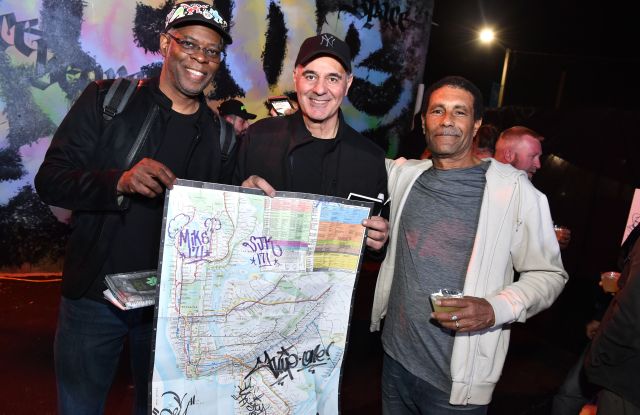 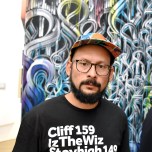 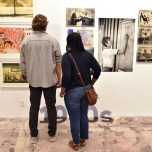 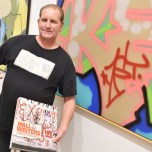 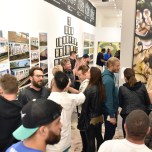 Shawn Stussy and Dior; Futura and Louis Vuitton. Fifty years ago, when teenage graffiti writers like Mike-171, SJK-171, Flip One, JeC and Coco 144 were putting their tags up around New York, street art wasn’t the collaboration gold mine it is today. But those early artists were instrumental in building the foundation for what’s become big business.

While graffiti is inherently temporary, the Museum of Graffiti has established a permanent forum to preserve art genre’s history. On Wednesday night, the museum officially opened its doors on the first night of Art Basel Miami Beach. Located in Wynwood, which has become a destination for graffiti because of Goldman Properties’ Wynwood Walls project, celebrating its 10th anniversary, the museum attracted many artists whose names are best known among their own community.

But they sure were stoked to be there. Take Mike-171, who was toting a copy of the book “Wall Writers: Graffiti in Its Innocence” and eager to point out the archival photos of himself and friends hanging on the walls of the museum. “It’s an honor to know that we’re being recognized,” he said. He might not be famous in the way of those who have crossed over into street art and streetwear and fine art, like Kaws and Shepard Fairey and even Banksy, but he’s infamous in helping pave the way to commerciality.

“We were the first ones to take it from the streets to the galleries and then from the galleries up to Broadway shows,” he said. “We were the first ones to make it go commercialized in a sense, because we got paid to do shows, then we started selling our canvases,” he said, adding that Hugo Martínez, then a City College student, organized a group of the young artists into a collective, United Graffiti Artists, in the early Seventies. “That’s what brought us into the idea, ‘Hey we can do this and make money.’ And he prophesied, he saw it in ’72, we’re doing it. So here we are today, it’s a multibillion-dollar business,” he added. “So it came a long way. But guys like me, I haven’t made a dime. We haven’t sold anything, all we do is get invited, talk about our history, and that’s it. Now it’s my turn, I’m going on the speaking circuit.”

In the courtyard, partygoers had an opportunity to paint their own digital wall or add their own tag to a white “Miami” sculpture. History in the making.

“We’re contributing to the conversation to try and give more history and add context, so that all of the pioneers and all the artists around the world, their voices are heard and their stories are represented,” said the museum’s cofounder, Alan Ket. “We have received a tremendous amount of love from the artist community, and we’re very happy about that and feel a responsibility to do it right and to tell their stories in the right manner — and honor all the pioneers who couldn’t be here.”

As to what’s causing the shift in how the art form is embraced by the wider culture and how pathways in luxury fashion have opened up, Ket nods to the changing demographic of company leadership.

“Well, the generation that hated us are dying, and there’s a new generation that’s coming up that grew up celebrating this, and that were probably doing it,” he said. “So the creative directors, the art directors, the presidents of companies, the ceo’s — many of them are now former graffiti writers and vandals and artists, and now are in charge.” 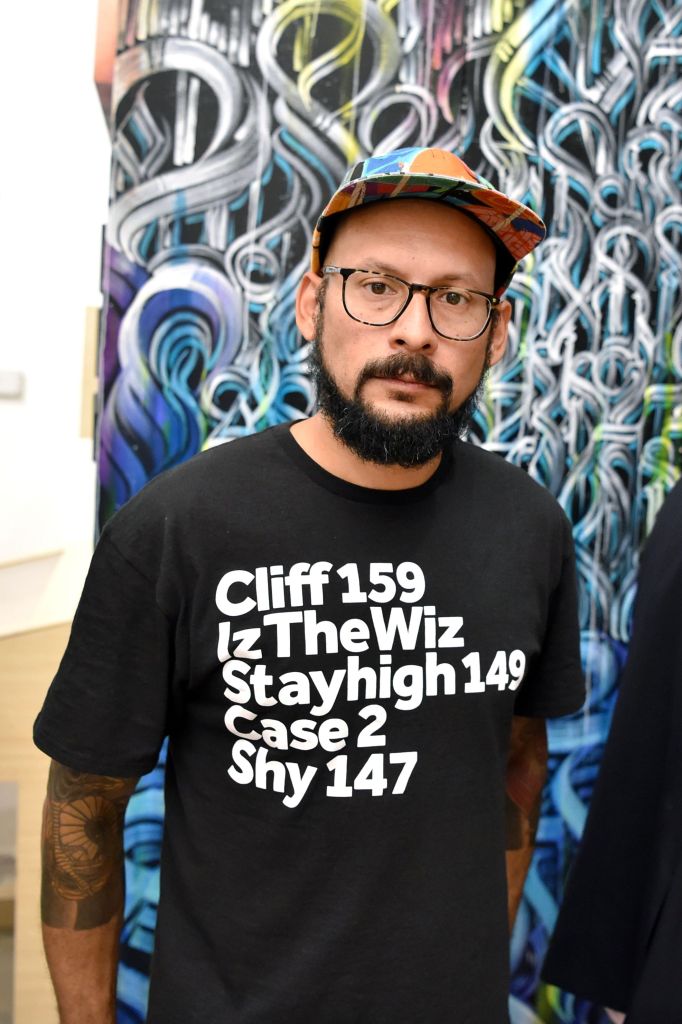 Chloé Hosts Dinner for Lara Favaretto at The Bass