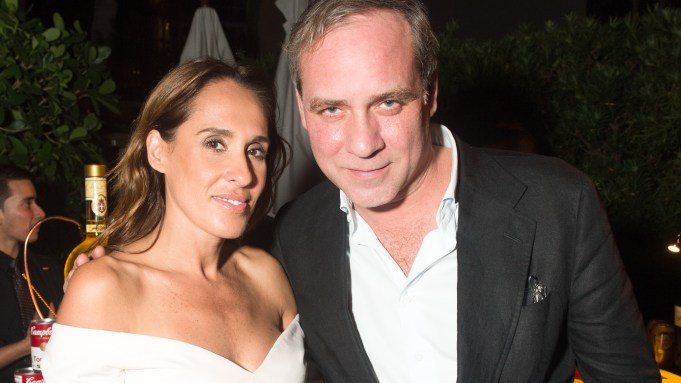 “It’s very Warholian,” said Eric Shiner, motioning around him to the party scene at the W Hotel’s Surf Lodge pop-up. The author of Assouline’s “Andy Warhol: The Impossible Collection” was seated center at the dinner, thrown in honor of the book’s launch, alongside cans of Campbell’s Soup as waiters in Warhol wigs milled about.

Pages from the book’s original unbound copy — which weighs 30 pounds and costs $900 dollars — were plastered along the wall.

“Warhol is so central to the contemporary art world and contemporary art as we know it wouldn’t exist without Andy,” Shiner, senior vice president of Sotheby’s Contemporary and the former director of the Andy Warhol Museum in Pittsburgh, said. “It seemed like the right place and the right time, and with a very diverse swath of humanity. And Andy always loved a good party.”

Paul Sevigny, who is staging a showing of his artwork with Bill Powers on Friday, was huddled with the Surf Lodge’s Jayma Cardoso.

“Who would’ve thought we’d be back here as artists,” Sevigny said.

His own exhibition, which will be a four-hour presentation, follows a New York opening of the work.

“[Powers’] feeling was most people only come to the openings anyways. It’s more fun — it felt kind of old New York,” Sevigny said, scrolling through photos of the paintings on his phone. “I’m bringing back a lot of the old DJs that started, like Leo Fitzpatrick and these sort of characters. “

The nightlife connoisseur’s favorite kind of Art Basel party? “Anywhere you can sit and eat without high-intensity music playing would be one of my favorites,” he said, adding that Art Basel Miami has shifted into a “a giant fancy trade show in a way — it’s a classier trade show.”

Sevigny was scolded by a waitress for throwing a cigarette onto the grass, which, it turned out, was plastic. “I have my fire safety license,” Sevigny said, as the waitress walked back over to a table of Whispering Angel.

“Is that a Whispering Angel? Or what does that mean?” he asked. When told it was rosé: “Oh — I thought it was a call-girl service.”

Nick Rhodes was in town with Duran Duran to perform a show Saturday evening, though he’s made time for art along the way.

“It’s a lovely opportunity to also see the art and design while we’re here,” he said. “Though I suspect a lot of the great pieces have sold already. I think the first four hours is when they go.”