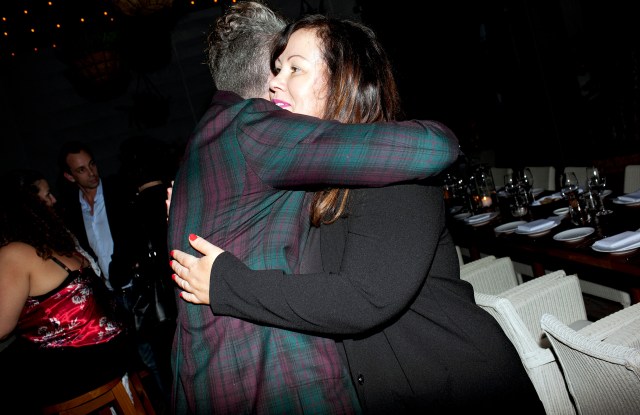 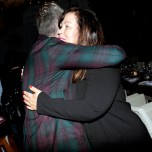 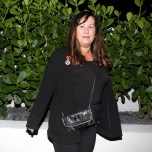 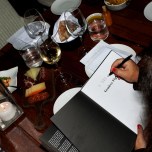 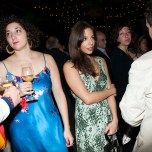 “She has such a crazy origin story,” said Bill Powers from the back patio of the Edition Hotel, where he was hosting a dinner for Irish artist Genieve Figgis’ book launch. “She followed Richard Prince on Twitter one night in 2013, and he followed her back. And as people sometimes do, he’s like, ‘Who’s following me?’ He looked through some of her images, really liked the paintings and private messaged her, ‘Hey, I’d love to buy a few of these.’ Which she thought was a joke,” Powers continued. “So he bought 20 paintings.”

The artist has since amassed a bevy of fans including celebrities and gallerists alike; Cindy Crawford stopped by later in the evening, joining the intimate crowd, which included Powers’ wife Cynthia Rowley. Powers’ Half Gallery was the first to show Figgis’ work in New York in 2013, and she has shown at Almine Rech Gallery in London and Brussels, and has a show with Rech’s Paris gallery in January. In 2018, Figgis will represent Ireland at the Le Consortium biennial.

Even her arrival at the party was reflective of the whirlwind ascent — Figgis came straight from the airport having flown in from Dublin; she hadn’t even checked into her hotel yet.

“It’s like anything can happen in the world and it’s truly about you believing that it can happen, and I was totally open to that,” said Figgis of her entry into the elite art world. “Twitter was fairly new, and you’re kind of thinking, ‘Oh, there are artists here and they’re showing work.’ I just said, ‘I’ll start sharing with the world,'” she continued, describing her decision to post her work through the social media platform. It proved to be a smart decision. “I had no expectations,” she said, adding, “I wasn’t going to put myself through an honors degree and master’s and not show my work.”