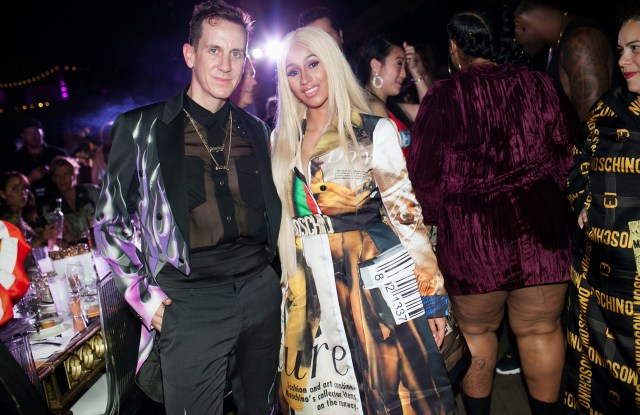 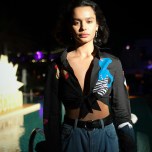 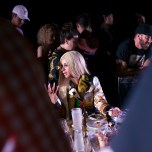 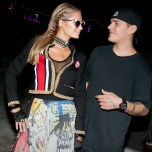 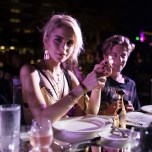 Two hours after landing in Miami, Cardi B was hyped up about buying some art.

“It’s my first year [at Art Basel],” said the rapper, seated outside at Eden Roc, where she was surrounded by Jeremy Scott’s colorful entourage at Moschino’s intimate Art Basel Miami Beach dinner.

“I want to see what this stuff is about. You know what I’m saying? And maybe I’ll buy me something that’s going to make me some money,” she added.

What sort of art is she looking to pick up at the fairs?

“It depends. It’s really got to talk to me,” she continued. “I like things that are very colorful. But you got to debate whether it’s something that talks to you or makes you money. One of those pieces probably costs, like, $20,000. And I’ll buy it because it’s talking, but I don’t know what the hell it’s talking to me about.”

The rapper has had a breakout year, both in career and love — she showed off her 8-carat engagement ring from fiancé Offset with a trilling purr — and is looking forward to releasing a full album next year. Also, “Winning a Grammy,” she added. But first, Cardi B was scheduled to perform after dinner in the hotel’s packed ballroom. Talk about making some money.

“The nerves, they end up leaving, but I’m performing for Jeremy Scott and I’m feeling a little pressure now,” she admitted. “But I think I’m going to be OK. Like, s–t, this is for Jeremy Scott, and he’s watching me.”

Luckily, he’s been watching her for a while and is already a huge fan.

“I think she’s really captured our imagination, and she’s really having a moment,” exclaimed the perennially upbeat designer. “I’m always a big champion of a female rapper, and I’m glad to see a new voice that feels really unique and authentic that’s coming up, and I think we’re going to see more great things from her. I mean, she’s already done a great achievement in a small time.

“The deck is stacked against a female rapper,” he continued. “I’m thrilled for her and I’m thrilled to have her.”