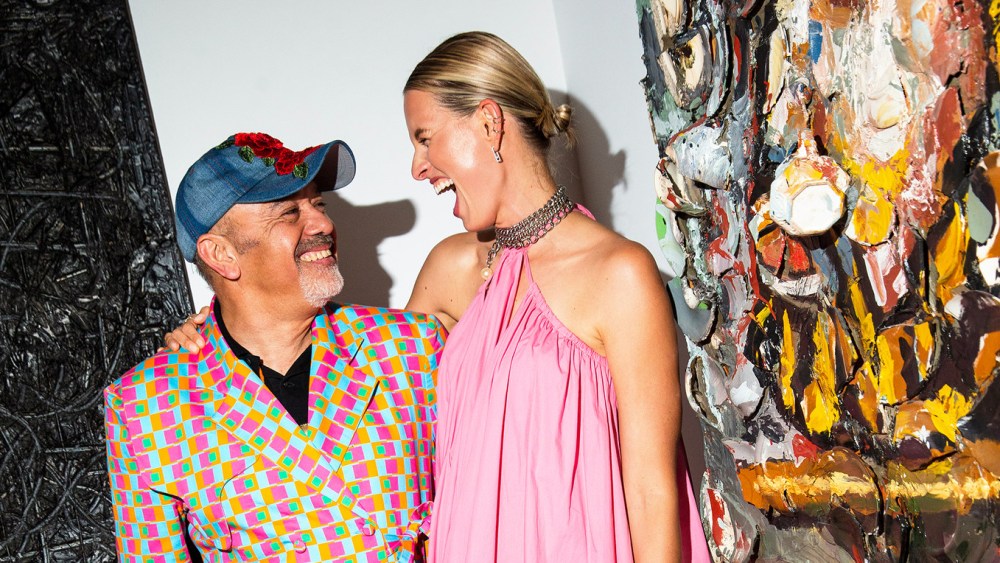 The Thanksgiving tables have barely been cleared and yet Art Basel Miami Beach is here, in all its glory. The festivities officially begin this coming weekend but as always, the fashion crowd loves to be ahead of the curve and as such all the best parties are held in the week leading up. On Monday night, Christian Louboutin, W Magazine and the ICA Miami kicked things off with a “supper party” held at the home of Seth Campbell.

The windows of the Christian Louboutin boutique in the Design District will showcase works from Nina Chanel Abney and Hervé Télémaque during the fair, as an extension of the partnership with ICA Miami. But for the designer, Art Basel Miami Beach is really all about the nightlife.

“I would say the parties, much more than the art. It’s the reality — most people don’t want to say it, but it’s the reality,” Louboutin said of his Art Basel highlight. He added that the store he has in Miami is his favorite out of all his boutiques worldwide.

“I designed it with an architect. I looked at every single detail, and I traveled to a lot of places to find the correct pieces,” he said. “I’m always happy to come here.”

There was talk of art, though, rest assured. Abney’s solo exhibition at the ICA Miami, “Big Butch Energy,” had its opening earlier that evening, and she was still in a celebratory mood at the party.

“It was great to see everything up,” she said. “I’m also honored to be showing alongside Hervé Télémaque; I’m a big fan of his work so it’s a special moment for me to be exhibiting alongside him.”

The New York-based artist has a packed week. In addition to her ICA show, she has a hallway takeover at SoHo Beach House and the launch of a limited edition Ledger Nano, a hardware wallet for cryptocurrency.

“I’m excited to really activate around my NFT project this week, so I’ve been doing a lot of events centered around that,” she added. “It’s a new territory for me, so I’m excited to see what’s going to happen.”