Parties at the Versace Mansion and The Surf Lodge pop-up kicked off the weekend, with a late night performance by Lil Wayne and Drake drawing crowds to Downtown Miami.

By Kristen Tauer and Leigh Nordstrom on December 10, 2017
View Slideshow 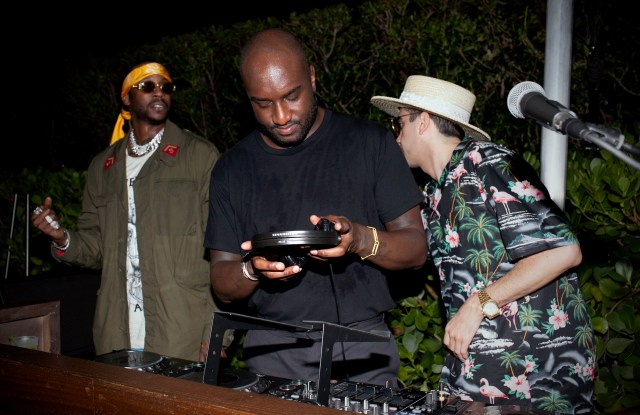 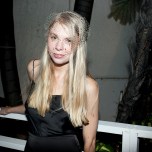 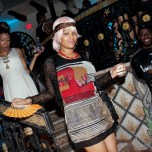 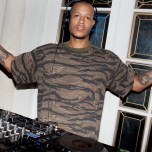 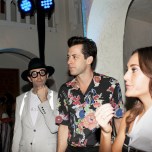 Miami weekend clubbers joined the mix of VIPs still in town for the art fair, which opened to the public on Thursday, and their respective hangers-on. Early in the evening, the entrance to Casa Casuarina, the mansion formerly owned by Gianni Versace (he was murdered on its steps in 1997) was mobbed.

Bombay Sapphire had taken up residence inside the Art Deco building, turning the first floor into a backdrop for a party celebrating its Artisan Series competition, hosted by Issa Rae.

Circling near the courtyard bar with a pal was Gigi Burris, who’d staged a pop-up at the Webster earlier in the week and was likely having a better Art Basel than you.

“I went to Chillhouse and got my nail art, went to the Soho Beach House and had a pizza on the beach — that was amazing,” the milliner said. “We went to Design Miami, and I prefer Design Miami to Basel just because it’s inspiring. I saw a lot of green which might make it into the autumn-winter collection. And also, I love [Florida grocery store] Publix — I’m from Florida and I miss Publix so much so I managed to squeeze in a Publix stop every day.”

When told that Diplo, a former Miami resident, wore a Publix sweatshirt for a night of Basel parties earlier in the week, Burris grew excited.

“Oh, no way? I hope that’s, like, the new Vetements situation,” she said.

So what makes the chain, which was started in Burris’ hometown of Lakeland, so great? “Their subs — if you’re hungover tomorrow you should go.”

Up at the final night of the Surf Lodge’s pop-up at W Hotel, the crowd was slinging back drinks as newcomers jostled their way to one of the two bars. Revelers included Rosario Dawson, Scott Disick and Maxwell Osborne, who flashed a smile as he posed with party cohost Ronnie Fieg, founder of Kith. Meanwhile, on stage, rapper 2 Chainz had joined Virgil Abloh and DJ Cassidy, passing around a joint and mouthing along to the lyrics blasting from the speakers.

“Just say one word to the people,” Cassidy prodded the rapper, who eventually complied, offering the crowd a drawn out “Trrruuueeee.”

Perhaps he was saving his voice for later in the night. Around 3 a.m. in Downtown Miami, 2 Chainz followed Lil Wayne through the backdoor of nightclub behemoth E11EVEN, where Los Angeles-based club Bootsy Bellows had taken residence during Art Basel. Lil Wayne was joined by Drake onstage close to 4 a.m.; outside, the building was surrounded by mobs of scantily dressed clubgoers (a modest way to put it), who hadn’t shown up early enough to make it inside — or lacked the VIP status that enabled Slick Woods and crew to skip the line.