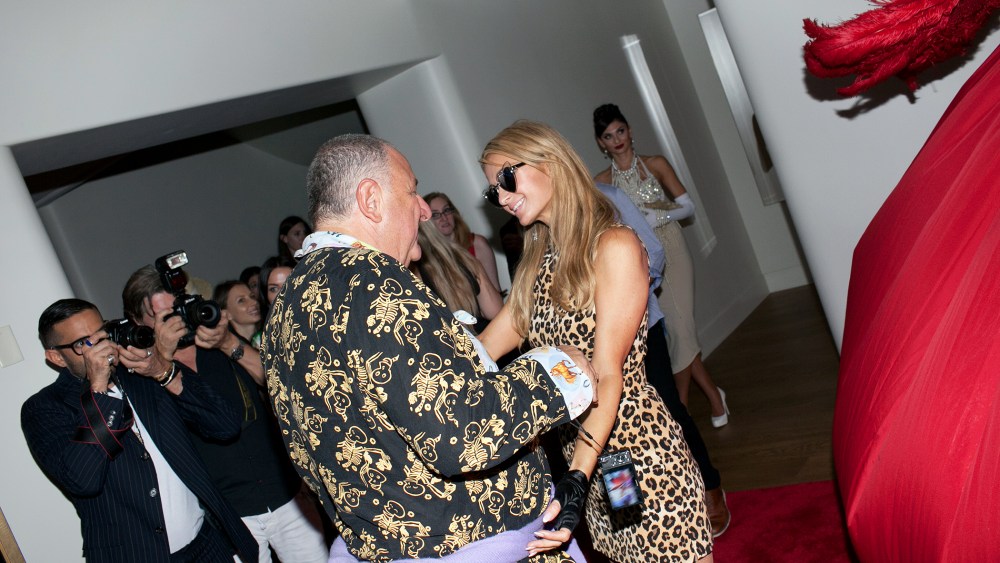 Jean Pigozzi has very specific qualifications for the art he buys.

“I only buy African and Japanese. Those are my collection,” said Pigozzi from a penthouse at the Faena Hotel, where Galerie Gmurzynska was throwing a party, hosted by Isabelle Bscher, in honor of the art collecting businessman and photographer. “I bought a few things today.…I’m very focused,” he continued. “The Japanese have to be born after 1985, and the Africans have to live in Africa, they have to be black, and they have to be alive. That’s my rule. I want very young artists — and even after 1990. I want very young artists.”

In addition to picking up some new art, Pigozzi had swung by The Webster earlier that afternoon for a signing of his latest photo book, “Me+ Co: The Selfies,” before making his way to the nighttime party, which was honoring his new series of dog photos being exhibited by Galerie Gmurzynska at the fair.

“I loved it,” Pigozzi said of seeing the booth earlier. “It’s fun for me, you know I live with these dogs and they’re my dogs, so it’s fun to see them on the wall of Art Basel,” he continued. “They’re very weird pictures. They look like they’re very aggressive but they’re not. They’re very friendly dogs.”

“They look like viscous pit bulls,” one of his friends chimed in.

“But they’re not — they’re puppies,” Pigozzi explained. “They play with each other.”

Nearby, Paris Hilton and Jean Shafiroff were making a collective entrance. Hilton, who arrived in Miami on Monday, had come from a neighboring penthouse down the hall. “I was with my friends next door watching the whole drone art show,” she exclaimed, referring to Studio Drift and BMW’s “Franchise Freedom” installation, which had just taken synchronized flight over the Atlantic Ocean.

“That exhibition was so amazing. I love tech, so it was exciting to see something like that,” Hilton continued, her dangling gold star earrings catching the light. “It was like watching outer space.”