Steven Klein, Cecilia Dean and rapper Brooke Candy took over the hammam at the Standard Spa for a BDSM-filled evening. 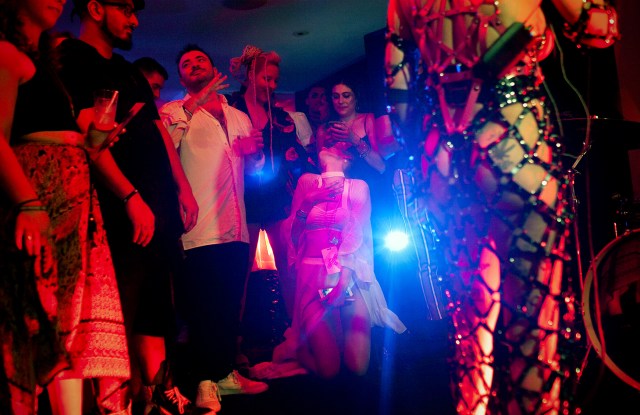 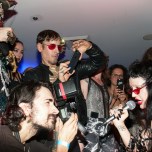 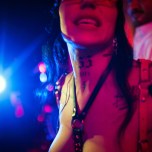 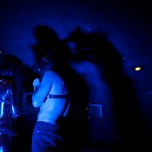 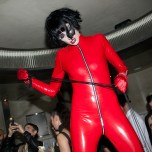 “Something I learned, which I definitely never knew about, was saran wrapping,” Cecilia Dean said Thursday evening, holding a vodka drink in one hand as the other moved about to add emphasis.

“So there’s a mistress who saran wraps a man to the table and it is a legitimate type of play, which I did not know.”

The theme is a continuation of Klein’s “Fetish” project centered around high heels that launched at Sotheby’s earlier this fall; entering the party, guests were welcomed to help themselves to whips and blindfolds.

“The whole theme of the party is fetish, but I think if you look at all the scenarios that are going on, it always shows women in the role of empowerment — that was very important for us,” Dean said, as Peaches’ “F–k the Pain Away” played overhead. “On one level, yeah, it’s fetish and it’s S&M and that whole community and it’s fun, but it’s also for us very much about women’s empowerment.”

Around 11:30 p.m. rapper Brooke Candy performed in the open room, swinging about in a harness and a bejeweled strap-on, a leather net draping part of her body. Klein, who said he’s been working with Candy for around five years, crouched down to snap photos of her performance, at one point standing back up to pinch her nipples as she spit lyrics in his face.

“We wanted to make it entertaining for everybody, I guess,” the photographer said following her performance.

Whether the crowd was there for education or a NSFW Instagram didn’t seem to matter.

“The whole idea was to offer these aesthetically beautiful moments but also maybe promote the conversation about what’s going on and if that’s something you’d be interested in doing,” Dean said. “Someone could come here and it’s just fun — it’s to titillate people.”

They Are…Buying With Bitcoins at Basel

Art Basel Miami Beach: Which Period of Art Do You Most Identify With?