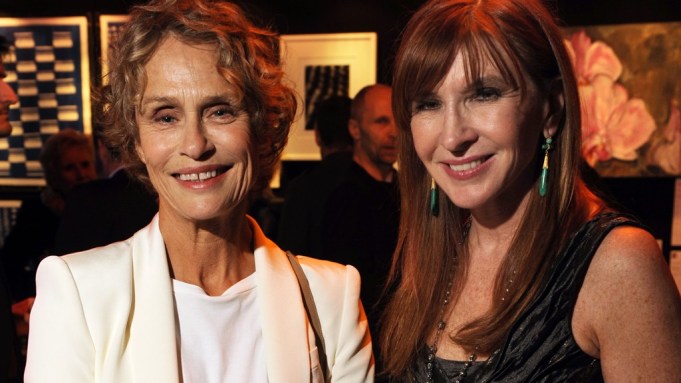 The African Rainforest Conservancy held its annual Artists for Africa benefit at the Bowery Hotel in New York on Tuesday night. Each year, the gala helps support the organization’s efforts to preserve and restore the region’s ecosystem and also celebrates the discovery of a new species in Tanzania’s rainforest. (Yes, it is a yearly rite.) This year it was a newly discovered frog to be named in honor of the country of Norway.

Nicole Miller, the evening’s emcee, fumbled around in her purse after arriving on the hotel’s second-floor terrace.

“I’m just doing the introductions. I’m not nervous, it’s just that, you know…” she said, turning to her assistant. “Did I bring my glasses?”

Guests included artists Dustin Yellin and Spencer Tunick, both of whom had artworks on display, as well as Carter Coleman, Cassandra Seidenfeld and various committee members, who took the “Out of Africa Chic” dress code and ran with it. There were turbans, head wraps, men in skirts and, in one woman’s case, a full feather headdress. Maria Bello, dressed in a red and blue caped jacket, was standing near a mixed-media portrait of a buffalo by her friend, the artist Beth O’Donnell. She explained that she had designed the coat with a group of Maasai women in Tanzania using a traditional Maasai blanket on a trip with five of her friends last year.

“The funniest thing is, within a half hour [of talking to these Maasai women]  — these are women in traditional dress, with [pierced] ears down to here — within a half hour, they were asking us how big we liked a man’s organ in our country,” she laughed. “Women all over the world, we talk about three things: men, sex and our romantic lives; our children, and fashion and makeup. I’m not kidding. You know, I was in a refugee camp in Kosovo during the war — and women were telling me horrific war stories. And then moments later, we were doing manicures and pedicures on each other. I’m not going to be ashamed to say that — that there’s such a beautiful bonding amongst women about beauty and life and love and compassion.”

Lauren Hutton, the evening’s guest of honor, was prepping her introductory speech, which she had written out in blue marker. She has been to Africa 37 times and revealed plans to go diving in Indonesia in a few weeks. On the subject of getting older, Hutton, now 69, remained upbeat as ever.

“You’re just a little bit wiser. You’ve grown up. You’ve seen a lot. You’ve been able to see highs and lows….You sort of always know you can keep going straight through. Life is spectacularly interesting. It’s always a gift,” she said. “And you can start reading The Economist.”