As If Magazine Fetes Anne Pasternak

People from different creative walks of life gathered at La Piscine at the Hôtel Americano to celebrate Creative Time's president and artistic director. 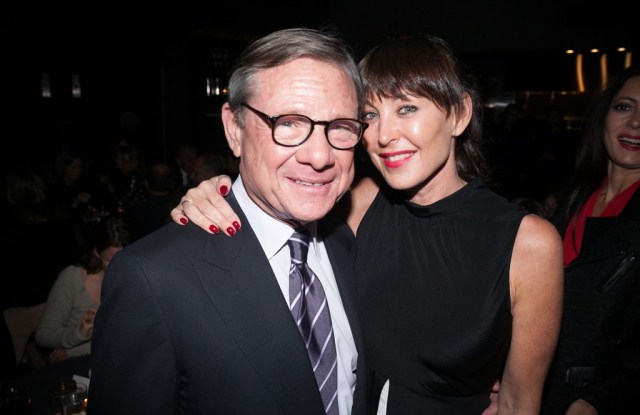 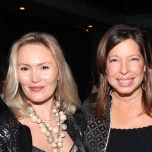 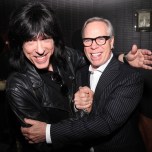 NEW YORK — As If, a large-format magazine focused on art, fashion, entertainment, photography and design, held a dinner on Wednesday to fete Anne Pasternak, president and artistic director of Creative Time, and the arts organization’s achievements in the public realm.

“As a photographer, someone who creates, I recognize Anne as a fairy godmother,” said Shoan, who writes and shoots nearly every story in As If. “I think everyone remembers the first time they saw the beams of light emanating from the wreckage of the World Trade Center six months after the towers came down. For me, it was the first time in six months that I felt hope — thanks to art,” she said, referring to “Tribute in Light,” commissioned by Creative Time.

Tommy Hilfiger said the dinner reminded him of “when I first came to New York and went to dinner with Andy Warhol and Annie Flanders” (founder of Details magazine).

Dee Hilfiger, who was discussing kids with photographer Timothy Greenfield-Sanders, said, “If I were to come back, I’d come back as a man. Men have it so much easier.” She revealed that she’s planning to expand her handbag business. “I’m only focusing on the high-end line,” said Hilfiger, who started with a collection for HSN. “I’m taking my time. I couldn’t have done it without Tommy.”

Oka Doner, who designs jewelry, furniture and functional objects and creates public art, compared the dinner to “New York, which is a beehive. It’s a community of interdependent creative people, artists, curators, show-meisters and ring-meisters.” Her date, Koda, curator in charge of the Costume Institute at the Metropolitan Museum of Art, said, “Charles James is our next show. We’re also opening up new galleries. We made a theatrical black box wired with isolated zones of sound and Wi-Fi. We’re working with architects Diller Scofidio & Renfro and asked them to incorporate a lot of this new media. It will be a surprise.”

Ovitz, who said his friendship with honoree Pasternak brought him to the event with girlfriend Mellon, added, “I’m interested in art and interested in fashion.” Ovitz is a well-known art collector, and Mellon is launching a ready-to-wear collection. “I’m an observer and her ATM machine,” he said. “She’s very talented. I’m not saying that because she’s my girlfriend. I was the inspiration for that,” he said of Mellon’s black-and-white outfit. Mellon said the collection will launch at Bergdorf Goodman, Neiman Marcus, Harrods and Net-a-porter.