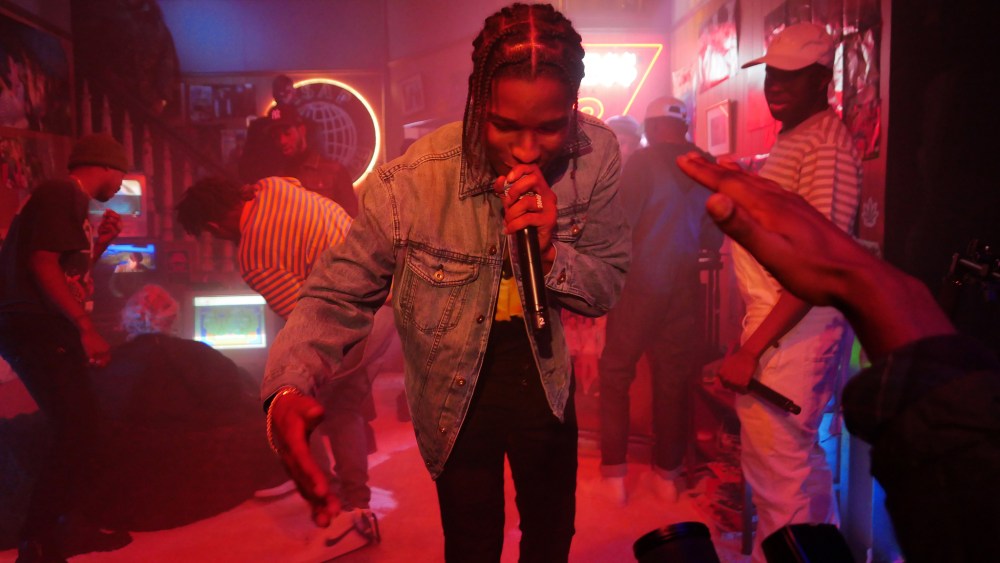 You know you’ve thrown a good party when both the FDNY and a Jenner show up.

It was the first night of New York Fashion Week, and A$AP Rocky and Guess were throwing a bash at The Box to celebrate their new collaboration. A musically — and fashionably — connected crowd had made their way there, but before the rapper could perform, the fire department was making the rounds inside the packed venue.

“I’ve been to The Box once before, I’ve heard a lot of stories, and I’m like maybe I should try and hang out,” said Pete Wentz, who’d attended the Yeezy Season 3 show a few hours before and mentioned plans to attend the Monse and Rihanna Puma shows on Friday.

“We’re gonna have a good time tonight, everybody gonna get home safe, get drunk, get high,” A$AP Rocky yelled out to the crowd after he finally took the stage around 10 p.m. with other members of the A$AP Mob music collective. “You know, regular A$AP lifestyle s–t.”

“Those are my brothers! I love these guys,” A$AP Twelvy gushed about the musical collective. He’d just performed his song “Last Year Being Broke” and was decked out in a striped Guess shirt and overalls folded down to reveal a stylized “GUE$$” logo. “I love the clothing. Guess has been around for more than like 30 years or so — I’m not really sure. But I love the revolution, and the evolution [of the brand]. It’s very fly.”

Wale, who was donning the same maximalist fur coat he’d worn to the Yeezy show, more aptly summed up the night’s cause célèbre: “A$AP’s a Nineties kid, Guess is a Nineties brand. It makes sense.”