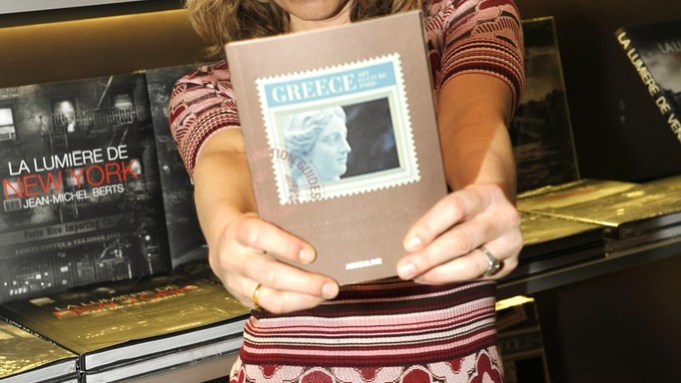 PARIS — A glamorous crowd gathered in Paris on Thursday night to celebrate the launch of a chic travel guide to Greece, the latest in a series produced in collaboration between French publisher Assouline and the Starwood hotel group.

Guests sipped Champagne in Assouline’s bookstore on the Left Bank before repairing to an art-filled private apartment on the Place des Vosges for a dinner prepared by Sotiris Evangelou, executive chef of the Hôtel Grande Bretagne in Athens, who was flown in for the occasion – along with cases of local ingredients like the branches of kumquats that served as table decorations.

Director Zoe Cassavetes, a guest contributor to “Greece: The Luxury Collection Destination Guide,” is half-Greek herself, and has been a regular visitor since her first holiday there at the age of 11. “It still feels undiscovered, in a way, by so many people,” she remarked. “It’s a little bit more raw, and I really like that.” Cassavetes hopes to start filming in the fall on her next movie, “The Business,” which will explore the underside of the movie industry.

Photographer Ali Mahdavi was all abuzz about his own foray into directing. “Forbidden Love,” a short film starring Dita Von Teese and newcomer Djanis Bouzyani, is a story of loss, addiction and twisted desire. “Everyone who has seen it has been extremely impressed by the subtlety of her performance,” he said. “Even I was a little afraid that she would be too affected or that she would overact, and in fact, it was the exact opposite. She is a minimalist.” Mahdavi and Von Teese are also working on a coffee table book of their photo collaborations, to be art directed by Monique Kouznetzoff.

Choreographer Blanca Li, meanwhile, is about to take her dance spectacle “Elektro Kif” on a tour of Japan, China, the Philippines and Indonesia. Her next show, tentatively titled “Robot,” will be a collaboration with Japanese art group Maywa Denki. “It’s about man’s relationship with machines,” she explained. “They work with machines, they use all the new technologies, but they are very quirky.”

Over dinner, Paul James, global brand leader of The Luxury Collection and St. Regis Hotels & Resorts, revealed the Prince de Galles hotel in Paris would reopen in February 2013 after extensive renovations. Galvanized by a dinner feast that included traditional Magiritsa soup and extra-tender lamb, Mahdavi and Li repaired to the piano to belt out “La vie en rose.”