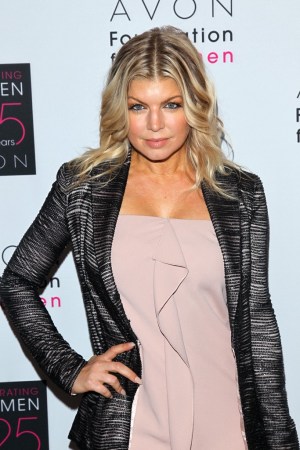 The cocktail and dinner presentation, held at the Marriott Marquis in Times Square, showcased Avon’s global brand ambassadors, Fergie (for Avon) and Ashley Greene (for mark) along with other celebrities who helped judge the singing competition, including singers Natasha Bedingfield, Delta Goodrem and Sheila E., among others. The event attracted more than 800 guests and raised in excess of $2.3 million for the Avon Foundation for Women, the largest corporate affiliated philanthropy focused on women, which has raised more than $860 million to date.

The event was hosted by Andrea Jung, Avon’s chief executive officer. Jung kept spirits high throughout the evening with heartfelt speeches about the night’s winners, without acknowledging the current investigations by the Securities and Exchange Commission regarding Avon’s dealings with certain Wall Street analysts and compliance issues on its international operations. Jung also skipped the Gala’s Red Carpet event, one she has attended in past years.

The Global Breast Cancer Medical Advancement Award was given to Stowarzyszenie Amazonki, the Association of Amazon Women, for providing support to woman with breast cancer throughout Poland.

The first Global Community Advocacy Champions Award was presented to both the Women’s Crisis Center in Queson City, Philippines, to support women of domestic violence and to Refuge, the largest single provider of specialized domestic violence services in the U.K.

The 2011 Voice for Change Champion Award was awarded to Cindi Leive, editor in chief of Glamour, for calling attention to partner violence through various articles and surveys held by the magazine and by its participation with Avon in the Tell Somebody campaign, one that encouraged women to talk about relationship violence.

The evening ended on a high note, literally, when Fergie presented two Avon Voices winners, Selena Gittens of Canada, an Avon Representative, and Evelina Anusauskaite of Lithuania, who were chosen from among 10 finalists, based on a combination of their live performances at the Hard Rock Cafe on Nov. 1, and 2.5 million votes received from around the world.