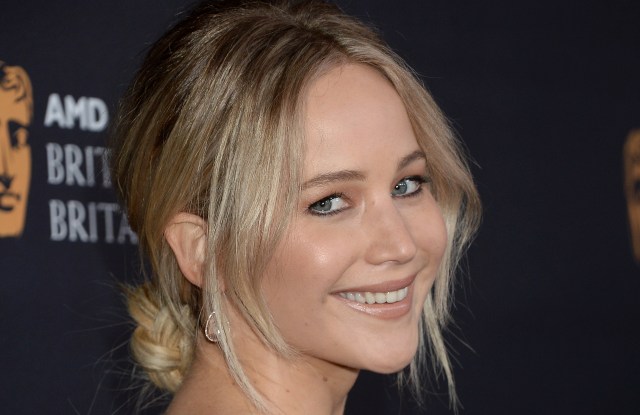 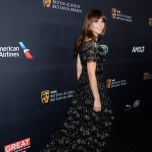 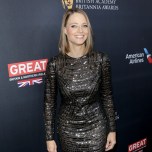 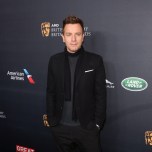 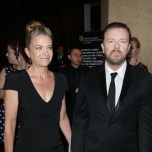 “I’ve been to a lot of award ceremonies,” Ricky Gervais said. The comedian was on hand at The Beverly Hilton hotel on Friday night to pick up an honor at the 2016 BAFTA Britannia Awards. Gervais knew exactly how to work the room, having hosted the Golden Globes multiple times in the same venue. Pre-punch line, the crowd laughed in nervous anticipation as Gervais continued, “Someone always gets up and says, ‘I haven’t prepared a speech. I didn’t think I would win.’ Well, I knew I won and I didn’t prepare a speech. That shows the contempt I have for this award and this town in general.”

Except for Gervais, everyone had speeches prepared. McGregor was singled out for his humanitarian work with UNICEF. “It’s a funny thing to get an award for,” McGregor said. Meanwhile, Jones – who received the “British Artist of the Year” award from Burberry – went off script only briefly. “I’m sorry if this is going on way too long, but I’m just going to take this moment,” she said, before thanking her team.

Lawrence presented her past collaborator Foster with her award. “Jodie made a profound impact on me when I was 19,” she said, noting that the two worked on “The Beaver” in 2011. “I was new to the industry and was scared of fame turning me into a weirdo. But when I would watch Jodie, the smart, solid, rational person who treated everyone around her with complete respect and who was never fake, I knew there was hope.”

Larson praised her “Kong: Skull Island” co-star Jackson and announced his participation in her forthcoming directorial debut “Unicorn Store.” “I will never be able to properly say thank you,” she told him, “for taking that leap of faith and lending your incredible talent and charm to a project that is so dear to my heart.” The actress also stars in the indie comedy, which is likely to hit the festival circuit next year.

Earlier on the red carpet, Gervais said he was ready to take a few verbal punches from the evening’s host Ben “Doc Brown” Smith, saying, “I’ll be drunk! I won’t care!” He also claimed that he was just happy to be in a “free” Ted Baker suit. “That’s my favorite thing about all clothes,” he said.

While Foster used Gervais as a human shield to bypass press, Jackson was happy to talk about his award (“It’s a pretty great feeling!”) and his attire. “There’s a big difference between us and [women],” he said. “They can’t wear the same tuxedo on the red carpet again. I can wear this again to about three different events and nobody will know.”