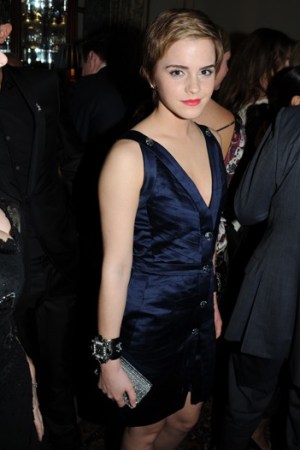 Driver chatted in one corner with her pal from Los Angeles, Tierney Gearon, and talked about her upcoming third album of country music covers due out later this year. “The mood is Cowboy Junkies,” said Driver, one of the presenters at the British Academy of Film and Television Arts Awards, which took place on Sunday night. She’s headed to Canada next month with her fellow cast members from “Barney’s Version,” which has 11 nominations at the country’s Genie Awards.

“I can’t wait to be together with everyone again — and it’s a great excuse for a weekend away,” she said.

Meanwhile, Gearon nonchalantly snapped away with a small camera as she mingled. The photographer, who famously has four children with three men, offered some perspective on parenting a large brood.

“The kids are fine — it’s the fathers who need managing,” she said. “I learned the best solution is just say ‘yes’ to everyone.”