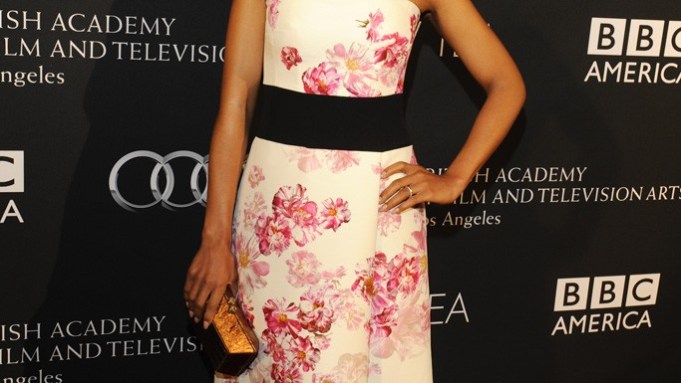 BRIT BUNCH: BAFTA Los Angeles honored its own with an outdoor tea party at the SLS hotel on Saturday, where the cast of “Downton Abbey” made the strongest showing. “We were all sad to see Dan go, and the first reaction was, ‘Oh, dear’ but it actually made for some wonderful new developments, particularly about Lady Mary and her recovery. Michelle [Dockery] has been wonderful,” said creator Julian Fellowes. “It’s been great fun,” said Dockery, while trying to shield her fair skin from the bright sun. Nearby, Hugh Boneville chatted to friends while Jim Carson told fans he spent the other half of his year captaining a cricket team. Other nominees who made showings were Kerry Washington, Kevin Spacey and Michael Douglas, along with celebrants Allison Williams, Ashley Madekwe and Lisa Rinna and Harry Hamlin, who revealed that the “Mad Men” writers asked him to keep his retro-style reading glasses as part of his character. “These are real. I showed up to the reading wearing them because I couldn’t see the script,” he said.

RELATED STORY: Variety and Women in Film Team Up for Pre-Emmys Bash >>