Finch's book "The Night Before BAFTA," has just been published by Assouline. 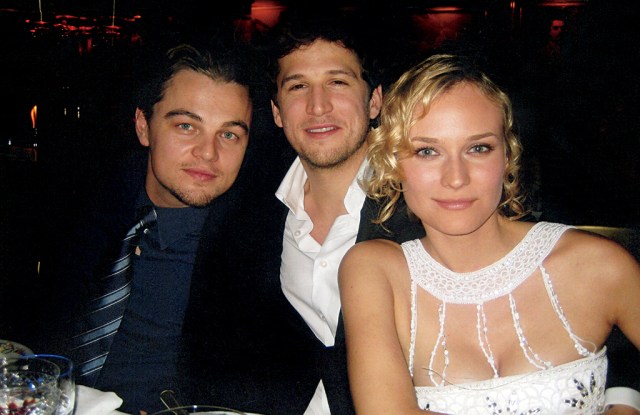 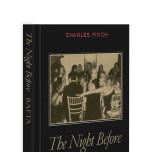 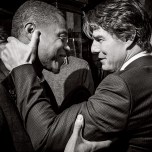 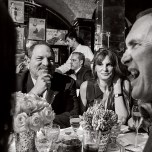 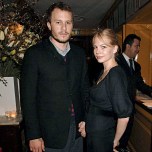 LONDON — For a person who loathes a late night, Charles Finch hasn’t done badly as the town’s dinner host-in-chief before the annual British Academy of Film and Television Arts awards. His annual pre-BAFTA party at Annabel’s is a famously intimate affair, with an international bunch — including regulars Cate Blanchett, Harvey Weinstein, Tom Stoppard, Nicky Haslam, Danny Huston and Gillian Anderson — crowding into the plush basement rooms of the private club, martinis or pepper vodka cocktails in hand.

“The only person who’s not relaxed is me,” said Finch, who admitted during an interview that he sweats off three pounds during the course of the evening, although most of the guests are longtime friends and others are people he happens to be interested in.

A compulsive entrepreneur with business interests spanning film, fashion, luxury goods, food and media, Finch grew up against a Hollywood backdrop as the son of the British actor Peter Finch and the actress and writer Yolande Turner. He began his career as a film producer and later founded Finch & Partners, a brand consultancy based in London. He’s also a Founding Share Holder of Chucs Dive & Mountain Shop on Dover Street and the neighboring Chucs Bar & Grill.

Earlier this month he published “The Night Before BAFTA,” (Assouline) a photo essay and memoir about his pre-BAFTA party and the awards event itself, which takes place this year on Sunday. Here, he talks to WWD about his parties’ dramatis personae and why, year after year, he embraces the stress of being a host.

WWD: What is the fundamental chemistry of these parties?

Charles Finch: Wherever possible, I actually try and know the people I’m inviting. Know them personally. Sometimes I don’t know them — like I didn’t know Meryl Streep — so that’s why I was sort of terrified. But for the most part I probably know their managers really well or their agents or them. Number two is I have had a long history in the movie business as a producer, director, writer and manager. I mean, I’ve been around. There isn’t a feeling that you’re going to a party of somebody who has not been in the trenches — or as vilified — as everybody else. Also, most of these people know Annabel’s or they’ve heard of it. I’m not going to try to be like Prada doing some sort of pop-up in the middle of nowhere. They know my name, they know that it’s going to be cozy and they don’t have to struggle. And the martinis are good.

WWD: How do you decide who to invite?

C.F.: There’s such a hierarchical pecking order in Hollywood and you’re constantly being reminded of that. But I’m not trying to be part of the hierarchy. At this party I don’t f–king care who you are. If I like you and you’re polite and I think you’re amazing then we’re going to have a good time.

WWD: Why did you start throwing the party in the first place?

C.F.: This is the 17th year. The first was at San Lorenzo and I paid for it myself. Amanda Berry [chief executive officer of BAFTA] really put energy behind the BAFTAs and made it a proper awards ceremony, and I just couldn’t believe that there was nothing happening. I had a lot of people coming to town who I had either worked with, and I thought, “What am I going to do with them?” The first one I did was after the BAFTAs, and I thought, “Jesus this is too late for me,” and then I decided to do it the night before. I will probably do one in Shanghai this year before the film festival. I do one before the Oscars, which is in its eighth year and Chanel partners with me on that one, too. [Chanel has been a longtime supporter of the Annabel’s party.]

WWD: What’s been your most satisfying moment as host?

C.F.: Tommy Cruise running downstairs, saying “hi” to Ben Affleck. It was the year we had, like, everybody in the world. I think Meryl was there and Ben Affleck was there and Jennifer Garner was with him, and Ralph [Fiennes]. I was just thinking, “Christ!” It was a difficult business year, it was a difficult year for lots of reasons and yet all these kinds of people showed up.

WWD: What have been your most nerve-wracking moments over the years?

C.F.: Anna Wintour was quite a struggle. Not a struggle — she was perfectly nice — but you always feel a little intimidated. In fact, she’s actually quite down to earth, and she really liked the party. She did refuse to give a quote for the book, though.

C.F.: One year I decided to do a sort of “agent prize,” a rainmaker prize, and I gave it to Duncan Heath, who is a friend of mine, and an agent. When I announced that he’d won this prize and we were going to give it to him there was sort of polite applause, but you could see a chill through the air, and all the other big agents were like, “What the f–k?” and a few big honchos came up to me and said: “I can’t believe you gave a prize to him!” That was kind of a bad one and I never did that again.

WWD: Who were some of your most gracious guests?

WWD: Did you ever make a major seating plan faux pas?

C.F.: The main one would be sitting some actor, who’s a pal of mine, next to some agent, who’s a pal of mine, but it’s not the actor’s agent. This is not done. You’ve got to seat them with their people. Or I’ve sat some writer that no one has bothered to tell me what the guy looks like, but he wrote my favorite movie, by the door. They never actually say anything, but that’s the guy in the room I really wanted to speak to.

WWD: Have any guests unexpectedly hit it off?

C.F.: First of all I’ve seen Harvey Weinstein relax for the first time. I’ve seen him talking to people that I don’t think normally he would talk to. He’s quite open at my party and he feels pretty protected because we’ve known each other for 30 years, so I think that’s quite interesting. Then I’ve seen Ed Vaizey, the British minister of culture, talking to Tracey Emin who’s talking to Tom Hooper. All of them looking equally mystified as to what the f–k they’re doing there.

WWD: Who are some of the best conversationalists?

C.F.: Recently, Giles Deacon and his girlfriend Gwendoline Christie from “Game of Thrones.” Danny Huston can keep me propped up. He’s like one of my brothers and can keep me going when I look like I’m going to pass out, and John Malkovich and Harvey. They’re my boys. Those are the guys I built my career with. And the girls that I used to work with a lot — Kristin Scott Thomas, Joely Richardson, Gillian Anderson and Cate Blanchett — they’re going to have my back. Sydney [Finch’s wife] obviously, and my team.

WWD: Will you ever stop doing these parties?

C.F.: When I was very, very young and went to Hollywood, I worked for a guy called Noel Marshall who was married to Tippi Hedren. I had a little garret above Spago, and I had absolutely no money, at all. And year after year after year I’d hear Swifty Lazar’s parties. I never got invited, I would never get invited. I think my parties kind of are, in a great way, an homage to what Swifty did because his were very informal as well and he was a master and I think there are some things that I learned from him. One thing is he had an office which was very small, with two assistants, and yet he made deals until he was almost 90, so I think he was pretty inspiring.

WWD: Who else inspired you?

C.F.: My friend Al Ruddy, who I worked with for years. He was a mentor to me. He treated everyone the same way, whether it was Jack Nicholson or some studio head or Steven Spielberg. He taught me that this is all bulls–t anyway. We just have to do this gig and it’s all about your last movie.

WWD: How long will you continue to play host?

C.F.: I never enjoy the night. I find myself often sitting alone, exhausted, and then I get joined by various friends of mine. I’ll do the dinner as long as anybody wants to come. I’ll go on doing them until I’m 90. If I couldn’t afford it, I’d do it round my kitchen table, and I’d still have the same people. The food would probably not be as good, but nevertheless.

WWD: How do you cap off the night?

C.F.: I go home. I know, it’s weird. I’m not a late night person. I’m exhausted, and I’ve lost three pounds — really sweated it out. So then I kind of just disappear and go to bed. I’m done.