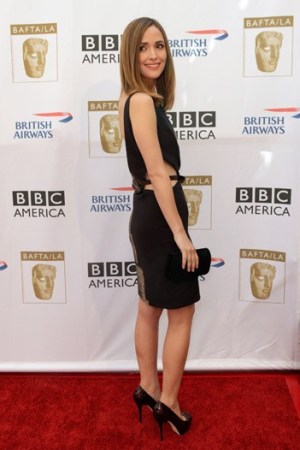 Both Brits and Yanks converged on the Hyatt Regency Centry Plaza Hotel Saturday afternoon for BAFTA/LA’s annual tea party, traditionally held the day before the Emmys to honor the English nominees. “Tomorrow some of the characters here today will be richly rewarded with that beautiful Emmy statuette. Today, the only thing the British Academy can do is reward them all with a cup of welcoming tea. It gives us Brits a reason to rub it back in your face for kicking us out years ago!” joked “American Idol” and “So You Think You Can Dance” producer Nigel Lythgoe.

“It’s nice that it’s the Brit pack! It’s great when the events come around and all of us come into town. We get to see everybody. The last time I sat down to tea was probably last summer holidaying, so this is nice,” said the actress.