The Brits descended on the Beverly Hills Four Seasons on Saturday to celebrate their awards season success. 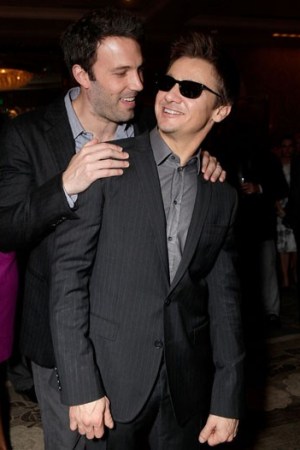 “It’s good to support British films and this film is so eminently British,” said Helena Bonham Carter. “And you get tea and lovely cake! I tell my friends, ‘Look, just come to the tea party and I’ll see you there!’”

Fellow Londoner Olivia Williams had to fly all the way to Los Angeles to bump into her neighbor Bonham Carter.

“It’s funny, I live about five minutes from Helena,” Williams said. “She and I were in school together. But I just saw her for the first time in about two years up in our hotel rooms. We stumbled down the stairs to the event.”