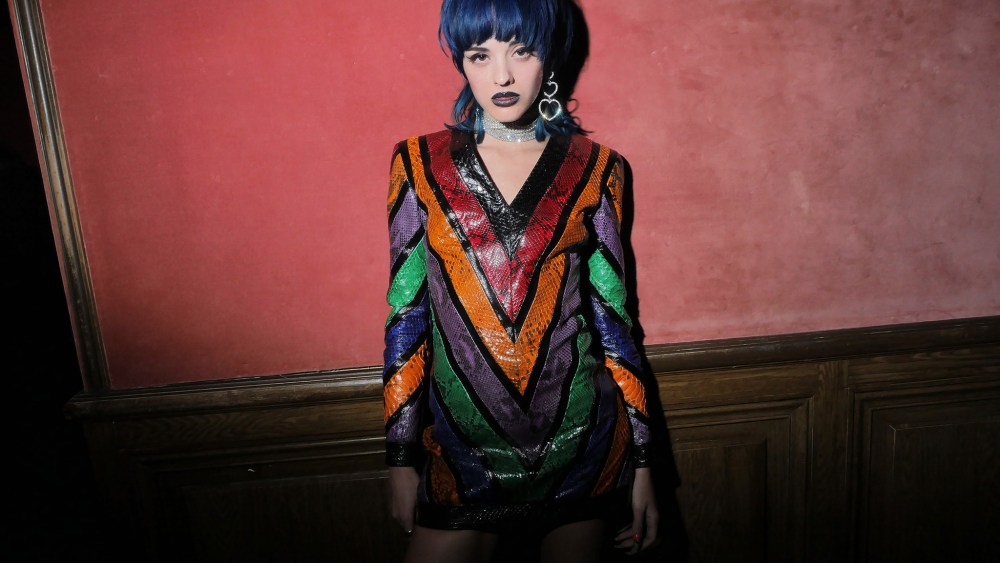 Bella Hadid and Kendall Jenner rolled up late to Balmain’s after party at Le Magnifique club Saturday. They were joined by rapper-slash-style icons A$AP Rocky and A$AP Ferg as well as race car driver Lewis Hamilton, and actors Rami Malek and Joe Alwyn.

Gibson said he was working on creating a new streetwear brand.

The actor, known for his role in Netflix’s supernatural mystery series “The OA,” said he was working on the idea with a small group of friends who had traveled to Paris together that weekend and had been shooting ideas for potential looks.

“We’re still figuring out what it’s going to be, probably something pretty small,” Gibson said.

In addition to Olivier Rousteing, Gibson said he was a fan of Off-White’s Virgil Abloh and Supreme. “I skateboarded a lot as a kid, so I’ve always been into that look,” he said.

Gibson snapped photos of his girlfriend dancing with Abellan — who has also worked as an editorial stylist and model.

“I loved the really tall boots, and the work with crystal around the neckline,” said Abellan, who walked the runway for Rihanna’s Fenty x Puma show in September.

After touring the U.S. last fall, Abellan is getting ready for a South American tour. She said she is also hoping to put out an EP in 2017.