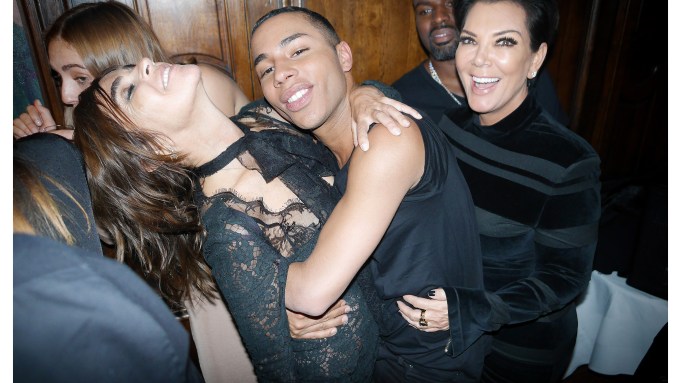 MODEL ARMY: Lapérouse might be in bad shape this morning. Rappers and models galore thronged the art-stuffed 18th-century restaurant Thursday night for Balmain’s after party.

Travis Scott came without rumored girlfriend Rihanna. A pink-haired Jared Leto, Carine Roitfeld and Kris Jenner were also among guests navigating their way through the crush on the narrow staircase and numerous small salons that were once a privileged place for clandestine encounters.

Kris Jenner, who attended the Balmain show earlier in the day, said she’s going to be on hand to support her daughter Kendall at the Chanel show as well.

Hadid came with sister Bella and beau Joe Jonas. “I am going to a couple of friends’ shows and have fun in Paris,” said Jonas, who just released a new single “Cake By The Ocean.” Having fun includes some shopping. The couple was spotted at Colette earlier in the day, and had dining plans. “I love this steak place L’Entrecôte; there are a few musts I go to in Paris,” Jonas added.