The retailer hosted the event, which marked its collaboration with the Ben Taverniti label. 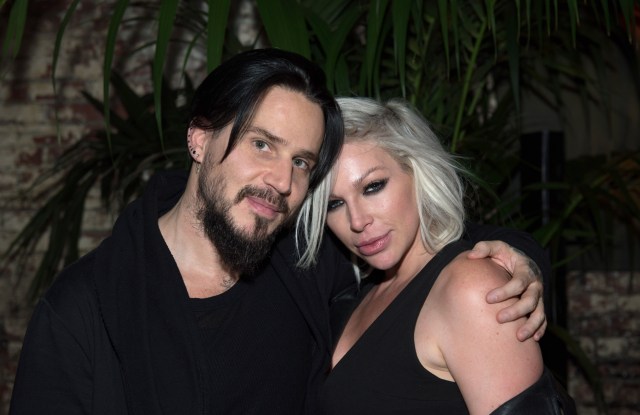 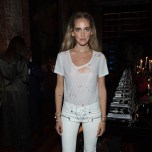 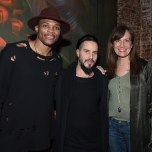 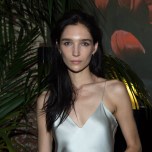 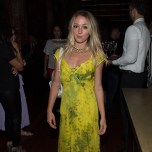 On Sunday night, an intimate crowd filed through the World of McIntosh townhouse in Manhattan’s SoHo to toast Ben Taverniti’s Unravel collection. The dinner and following cocktail were hosted by Barneys New York, which has secured an exclusive on the line for the next three seasons.

This story first appeared in the September 13, 2016 issue of WWD. Subscribe Today.

“It’s the dream. It fits absolutely perfectly, I still can’t believe that we’re actually doing it,” Taverniti said of the partnership, gold flashing from his teeth. “I went to [the Madison Avenue flagship] yesterday and I looked at the entire corner, and I literally still couldn’t believe it said Unravel there. It’s just so massive and so well presented — it’s the dream. I’m like a kid.”

The line is dark and edgy (“high-end streetwear” of tweaked basics), and the third floor of WOM was appropriately tricked out with a long black lacquered table lined with vases of dark-red roses and velvet seating to match the collection’s Gothic vibe. Musician Leon Else — in New York for the first time fresh after releasing his first music video, featuring Suki Waterhouse — was making the rounds, as were Hailey Baldwin, Olivia Culpo, Winnie Harlow, Chiara Ferragni, Travis Mills and Kate Greer. Permutations of the crowd took turns posing in front of a camera, which live-streamed the photos in the second-floor pool room.

Taverniti found a business — and romantic – partner in Kardashian family makeup artist Joyce Bonelli, whom he met on a plane. “We’re a perfect balance,” Taverniti said. “We have our highs and lows, for sure. We are both full of energy, there’s never a dull moment. But I don’t feel like I’m working, ever.”

During dinner, Barneys’ Daniella Vitale — flanked by guest fashion director Russell Westbrook — addressed the table. “Promise me you’ll come upstairs to see the terrace and the Freedom Tower,” she said. “The light tonight is absolutely spectacular.”