The store held a cocktail reception at its Madison Avenue flagship in Manhattan and later a dinner at Sirio Ristorante at the Pierre for the designer. 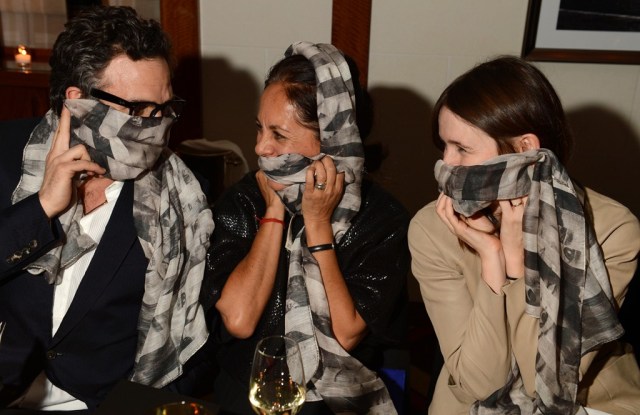 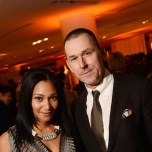 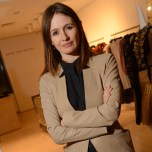 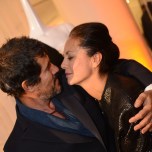 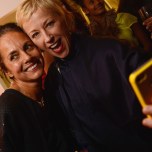 To mark the 15th anniversary of Zero + Maria Cornejo at Barneys New York, the store held a cocktail reception at its Madison Avenue flagship in Manhattan and later a dinner at Sirio Ristorante at the Pierre for the designer.

“They were the first people that came in to ask about the collection when I opened the store and I wasn’t wholesaling,” Cornejo said. Barneys and Colette, she noted. By then, the store was already at its current location. “I was not very interested in getting back into the fashion business. I wanted everything to be under control. I was very flattered and they got me back into it.”

She didn’t remember the buyer who initially expressed interest.

“I’ve gone through a few different buyers so I can’t remember that far back,” she said. Cornejo commands a devoted following and the fourth floor was brimming with fans — Emily Mortimer, Mark and Sunrise Ruffalo, Mia Enell, Paula Hayes and the nightlife personality Susanne Bartsch, who with her colorful get-ups did not initially strike one as a fan of Cornejo’s demure aesthetic. Later, at Sirio, the Maria fan club was joined by Jenna Lyons, Waris Ahluwalia and the store’s Simon Doonan.

Cornejo picked her own 10 favorite pieces for a capsule collection for her 10th anniversary, and so this time around, she left it up to her clients, the likes of Cindy Sherman and musicians Cat Power and Karen O of the Yeah Yeah Yeahs, to choose 15 pieces that would be reissued as a special archive collection this spring.

Cornejo, for one, was surprised by the sheer size of Sherman’s collection.

“She didn’t realize how much I’d spent on her clothes,” Sherman clarified. “They’re just easy to wear. You don’t have to worry about if you have a little bulge in one place one day. You can find a piece that will still look really flattering.”

The artist was at the store in an official capacity as well — Barneys had recruited her to Instagram the reception.

“It’s hard to do because I’m not used to doing so many things with my hands, especially at a function,” she said. “I’ve already spilled my Champagne.”

Karen O was wearing the bubble dress she picked for the collection.

“I wore it religiously like four or five years ago, to death. It’s my little black dress,” the singer said.

Religiously how, on stage? She laughed. “Those are definitely over the top, not a simple black dress,” she continued.

She appreciates Cornejo because the clothes are “not overly feminine, but they’re flattering to the feminine body.” And the clothes hold up over the years. “They’re not trendy. They just feel timeless.”