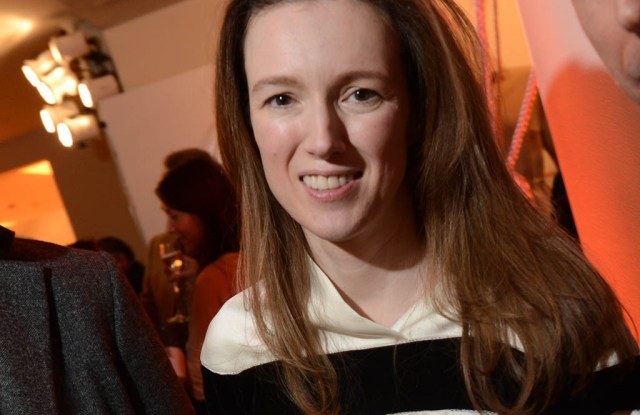 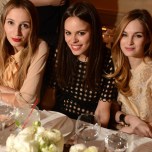 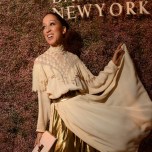 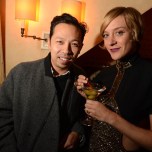 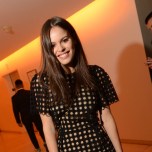 The sound of trickling water reverberated on the Madison Avenue sidewalk Wednesday night from the 61st Street windows of Barneys New York, causing at least one Upper East Side passerby to wonder, “What’s that?”

It was a Bob Recine installation — a mannequin, in an archival Chloé look, circumscribed by a streaming waterfall, a cloud of black braids billowing from its head — commissioned to celebrate the 60th anniversary of the label. Upstairs, the retailer feted the milestone (and its Chloé Edition Anniversaire, a reproduction of 16 iconic looks) over cocktails.

“My love affair with Chloé started quite young because I was always receiving perfume and lotions for my birthday and Christmas,” host Chloë Sevigny said. “I would always save the boxes because they were this beautiful peach color and, of course, they had my name on them.”

Guests — who included Leigh Lezark, Michael Avedon, Chloé creative director Clare Waight Keller (who flew in just for the occasion), Joseph Altuzarra and Natalie Joos — on the third floor conversed amid mountainous swirls of cotton candy and clusters of balloons veneered in blonde and powdery pink Recine-created wigs. (Toward the end of the proceedings, a handful of particularly spirited partygoers decided to remove the wigs from the balloons and place them on their own heads.)

“I don’t know if it’s for decoration or not but we’re eating it,” said Tilda Lindstam who, along with a handful of models, was huddled around one cotton candy pile. “It’s too good and too pink [not to],” Hanne Gaby Odiele interjected before licking a wisp off the cheek of Martha Hunt, then another off of Lindstam’s neck. Andie Arthur looked on quizzically. Despite the affectionate display, Pat Cleveland was the model who commanded the most attention. “These videos are hysterical to me,” she said, mesmerized by one of a 1982 ready-to-wear show from the days of Karl Lagerfeld’s stewardship of the house.

“I remember going down the runway and thinking, ‘Where am I going to wear this one?’ because sometimes Karl would take some of the girls out the evening of the show and we’d all wear clothes from the collection. This is one of them,” she said, tugging on her cream frock.

Afterwards, guests rounded the corner to Amaranth for dinner. Sevigny sipped a dirty martini by the bar while catching up with Humberto Leon. “I hope we’re sitting near each other,” Jen Brill said to Harley Viera-Newton as the DJ reapplied her red lipstick. Guests slipped into their seats alongside the long, cream-clothed tables.

“In the Seventies and Eighties, Karl’s most famous fashion model, Pat Cleveland, sashayed down the runway in a perfect reflection of the clothes she was wearing…” Chloé chief executive officer Geoffroy de la Bourdonnaye said during a toast.

“Do you want to add something?” de la Bourdonnaye asked.

She nodded: “I love fashion people.”