Martha Hunt and Grace Mahary attended the event at The Lion. 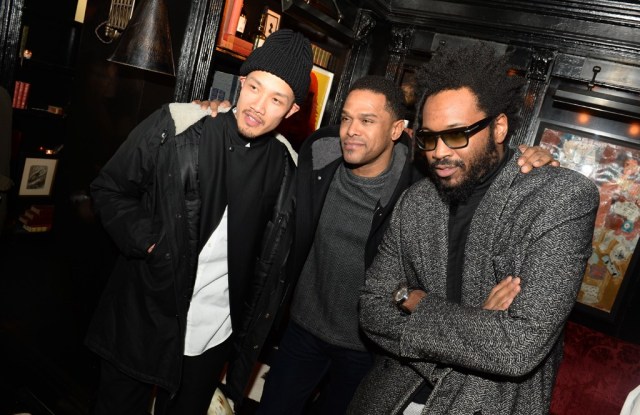 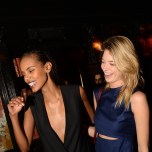 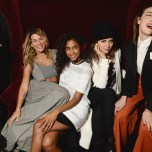 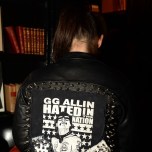 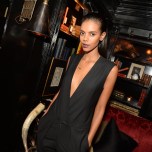 A couple of models were hanging out Wednesday night at The Lion in New York’s West Village. They both ordered kale salads, of course; bonded over an appreciation for Rihanna, and commiserated over the demand for more and more of their selfies, an annoying if increasingly necessary evil for those in their trade.

They also compared notes about the travails of their off-duty wardrobe. What’s a girl to wear after a long day of preening in full makeup and elaborate fashions? They want something more low-key, more anonymous, less girly and more like…Public School for women.

“You want to tone it down,” said Victoria’s Secret model Martha Hunt. “Models feel that way in general. It’s, like, model code to be a little more boyish.”

“We’re conditioned to be that way after a time,” Hunt continued. “Like, I don’t need lots of lace and frills.”

The girls were at a dinner thrown by Barneys New York for Public School’s Maxwell Osborne and Dao-Yi Chow. The few women’s looks the designers introduced to their lineup a few seasons ago have since grown into a full-fledged collection, and it seems perfectly tailored for the everyday bombshell on her day off, when she doesn’t want to show quite as much leg.

“I can say for myself, after being done up every day, it’s nice to dress down,” said Mahary, who was nonetheless wearing a one-piece jumpsuit with a plunging, down-to-there neckline that was crying out for more double-sided tape.

Taking in the models’ wide-ranging discussion was an obviously pleased Maxwell — the singer, not the designer — and the look on Mahary (“an amazing, beautiful woman,” he said) suited him just fine.

“Whatever women want, I like,” he said. Feminine, boyish — it’s all good. “The simpler the clothing, the more personality that shines through in the girl.” That’s true for men, too. “I’m 41. I’ve had some moments in my twenties, girl-wise and clothing-wise, where I’m like ‘ugh,’” he recalled, cringing. “Long story short, when you wear simple things you appear more comfortable with who you are.”

The singer declined to say too much about the struggles of D’Angelo, his old comrade in the ranks of neo soul who has just returned to public life after a nearly 15-year absence, only stating that he was a fan of the new album, “Black Messiah.” “I’m excited about what he’s going to do,” he said. Maxwell, too, is working on new music.

“In a couple of months there’ll be a new album to have children to,” he said, before adding. “If that’s what you want to do.”