The retailer held a dinner to fete its recent re-issue of the brand's first collection. 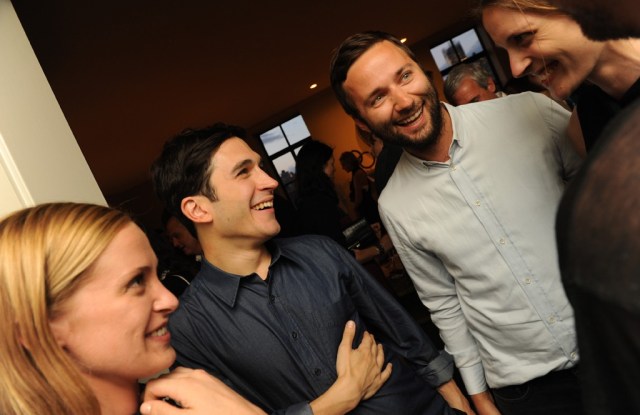 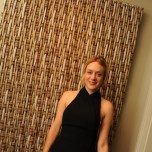 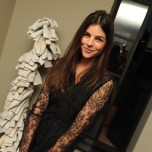 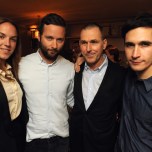 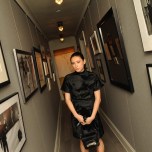 The days leading up to and just after college graduation are particularly prone to nostalgia. On Tuesday night, Lazaro Hernandez was on the patio of Barneys New York chief executive officer Mark Lee’s Chelsea apartment, indulging in it.

“I don’t think we had time to celebrate,” he laughed when asked to recall his reaction to the news, way back when, that Barneys would purchase his and Proenza Schouler partner Jack McCollough’s senior collection at Parsons The New School for Design. “We had to cut the entire collection ourselves.…We were in our loft on Walker Street. [The order] had to be delivered in a month and a half. We had all this fabric. And we just cut. Every. Single. Garment. Ourselves. All of our friends from fashion school came over and helped us cut. It was like a factory of friends. It was such an awesome, awesome time. I actually look back at it and think it was the most magical time of my life.”

In honor of the 10th anniversary of the label, Barneys recently reissued that first Proenza collection and Lee was giving a dinner party to celebrate. A host of editors, assorted fashion folk and friends of the label flitted in between the penthouse’s living room and patio for the air and camera-phone-ready views of the Midtown skyline. Hernandez continued down Memory Lane.

“We used to go to Sway with Chloë,” Hernandez said, pausing to find Chloë Sevigny on the terrace, but she was lost in a crowd that also counted Jen Brill, Vanessa and Victoria Traina, Julia Restoin Roitfeld, Tabitha Simmons and Lissy Trullie, “every weekend and just dance to Morrisey, The Cure, having our dark arts moment. That was our dark moment, which is why the collection was all black. The season after that was all happy and light. We were a little bipolar in our early days.”