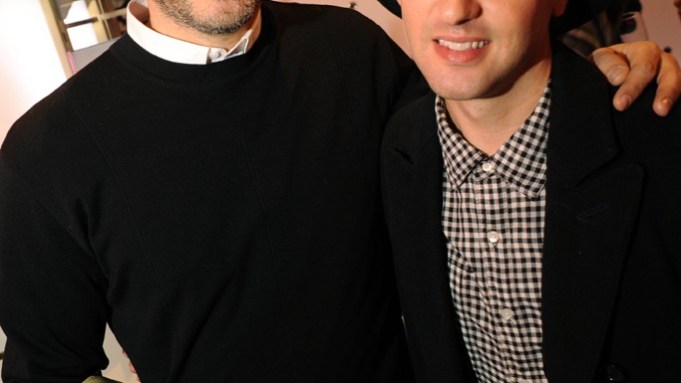 “It’s so interesting when you see this world documented through an outsider’s eyes. Sharon had that unique vantage point,” Narciso Rodriguez said while standing among the Smythson stationary, Georg Jensen tableware offerings and the myriad of luxe scented candles on display at Barneys New York’s Chelsea Passage on Tuesday. “She was not a fashion person who was all of the sudden right in the middle of fashion.”

The designer, who was playing cohost for the evening along with Simon Doonan and Diane von Furstenberg, was referring to Sharon Socol, whose tome “Plus One: An Outsider’s Photographic Journey Into the World of Fashion” the retailer toasted. Socol was introduced into the industry by way of her husband Howard, who served as Barneys’ chief executive officer for eight years. Before her husband’s appointment, Socol admitted to being a “fashion outsider.” The book is a compilation of black-and-white photographs Socol snapped at the fashion shows, after parties and designer dinners she had an invite to as Howard’s plus one — hence the title.

“I didn’t know who she was,” Socol said of a standout shot from the book of the late Isabella Blow in all her idiosyncratic glory sitting front row at a Rochas show, a Phillip Tracey confection on her head. “I just noticed her, noticed her hat so I photographed her. I photograph intuitively.”

The room was brimming with Council of Fashion Designers of America members and their plus ones — Tommy and Dee Hilfiger, Jenna Lyons and Courtney Crangi, Thakoon Panichgul, Yigal Azrouël, David Neville and Marcus Wainwright, Eddie Borgo, Carly Cushnie and Michele Ochs and Richard Chai. (A portion of the book’s sales will be donated to the industry group.) The collective mien was one of ephemeral reprieve given the recently closed fashion week in New York.

“I relaxed this weekend; went upstate, hung out with my mom, didn’t talk to people and ate and slept a lot. But right now I’m starting to work on resort,” Panichgul said later in the evening. “It doesn’t stop but it’s good. Once you get off the horse, it’s hard to get back on. You just got to keep it going.”