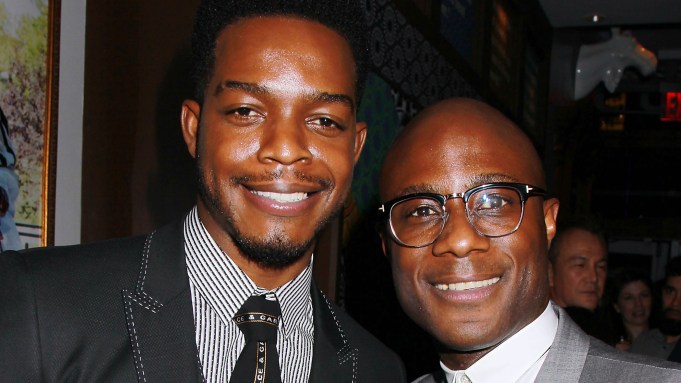 It was only fitting that the U.S. premiere of Barry Jenkins’ adaptation of James Baldwin’s acclaimed 1974 novel “If Beale Street Could Talk” was held at Harlem’s historic Apollo Theater on Tuesday night as part of the New York Film Festival.

“It’s a Harlem film,” said Kent Jones, director of the festival. “[Baldwin] grew up in Harlem and the story is about Harlem, so we wanted to do [the premiere] here and that’s why it’s meaningful.”

Set in the Seventies, the movie follows the love story of Tish, played by newcomer KiKi Layne, and Fonny, played by Stephan James, childhood friends who get engaged and plan a future together, which is derailed when Fonny is falsely accused and arrested for a crime he didn’t commit. While Fonny is in prison, Tish finds out she’s pregnant and works with her family to prove his innocence and set him free before the birth of their child.

“A lot of the conversations that happen in the film, even though it’s based in the Seventies, are still happening today,” Layne said. “It’s not the best thing that [the story] is still timely, but I hope that it raises more questions and conversations about how do we actually start to make some kind of shift in those areas.”

Jenkins was joined by the film’s cast, including Layne, James, Regina King, Colman Domingo, Finn Wittrock and Diego Luna, and other actors, like Lakeith Stanfield and Samira Wiley. For Jenkins, the premiere was a long time coming, having started writing the film in 2013. Five years later, its timeliness was felt significantly by the actors.

“When I read the book I was so blown by how accurate it is of today,” said Ebony Obsidian, who plays Adrienne Hunt, one of Fonny’s sisters. “We have to talk about these things in order for anything to change and I don’t mean talk in terms of one side saying something and the other side saying that’s not the case. I mean an actual constructive conversation where we implement things and understand that mass incarceration is an issue for minorities, not just blacks, but all minorities. It’s not leading anywhere good and it’s causing a lot of animosity, which everyone can feel so we should probably do something about it.”