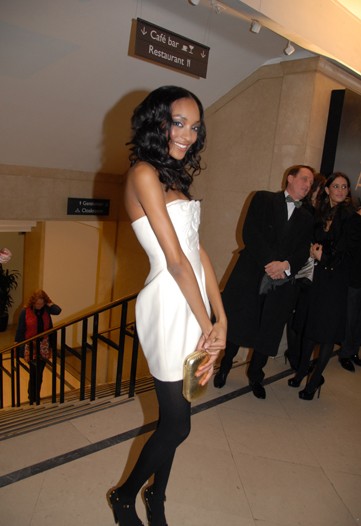 View ALL 4 Photos
LONDON – Luella Bartley was named the designer of the year at Tuesday night’s British Fashion Awards, held at London’s Royal Horticultural Halls. “I’m thrilled,” said Bartley, cheered on by her design team and husband David Sims. Burberry’s Christopher Bailey was named men’s wear designer of the year, while milliner Stephen Jones was honored with the British Fashion Council’s award for outstanding achievement in fashion design. “I wasn’t a young starter – I arrived at Saint Martins and I couldn’t sew,” Jones recounted. “I’d been at a classic boys’ boarding school where we learnt to run the Empire and play rugby instead.”

But one of the highlights of the evening was Jourdan Dunn’s giddy acceptance speech on being named model of the year. In between tears, the model thanked her mother “but I’m sure she’d rather I thank her with a car or a mansion or something,” she said, before dissolving into laughter. Tailor Richard James was awarded a special bespoke honor for his designs, while photographer Tim Walker, known for his fantastical, whimsical shoots, won the Isabella Blow award for Fashion Creator.