About 60 friends and well-wishers gathered at Minetta Tavern to toast Allure editor in chief Linda Wells’ 20th year at the helm of the magazine. 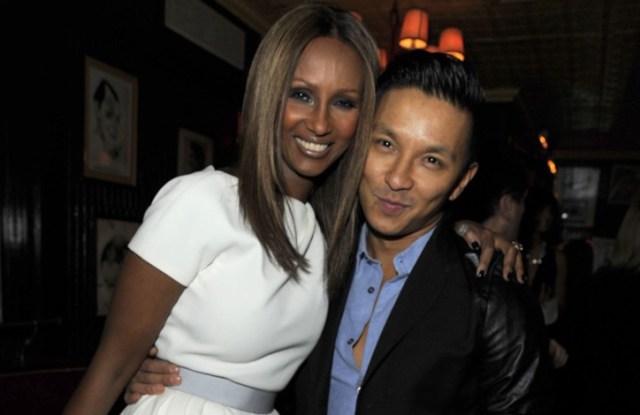 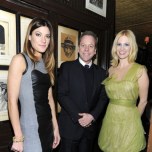 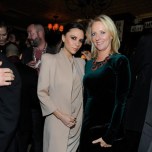 About 60 friends and well-wishers gathered at Minetta Tavern on Monday night to toast Allure editor in chief Linda Wells’ 20th year at the helm of the magazine and, of course, Valentine’s Day.

“We’re all here because we’re in a love affair…” Wells said. “And I’m in love with Victoria Beckham.”

The Spice Girl-cum-designer, the book’s March cover girl, was the official host of the dinner, pregnant and glowing in a jacket and dress of her own design, escorted by her husband, David. Karlie Kloss praised the jersey material of her black Altuzarra cocktail dress.

“It doesn’t wrinkle, I’m in heaven,” she said, before joking about a near wardrobe malfunction stomping down the runway at Prabal Gurung’s show a few days previous. “That first dress? I had a moment where I was like ‘Ohhhh no! Ohhhhh no!’” She laughed and gestured at her chest to indicate a near nip-slip. Maybe Gurung’s ears were burning. He entered the restaurant moments later and modestly accepted praise for the collection before embracing Thakoon Panichgul. Zac Posen held a martini aloft and shimmied excitedly with Hana Soukupova, who was squired round by Drew Aaron.

Kiefer Sutherland and Lyor Cohen were ushered into the dining room at the same time. Paulina Porizkova and husband, Cars front man Ric Ocasek, engaged Carolyn Murphy in a long conversation before settling down to dinner. Was Ocasek enjoying fashion week?

“I dress up every day,” the rocker said with a smile while pulling at his tie.

And had he spent Valentine’s Day romancing his model wife?

“Luckily, she’s Czech so she doesn’t really care about Valentine’s Day.…I get away with forgetting,” he said.

Lee Pace recently arrived back in New York and was eager to hear about what he’d been missing, asking his tablemates for the “good fashion things to go” to over the next few days. Emanuelle Della Valle, John Sykes and David Stesner were also on hand near Dorothea Bon Jovi and Jane Buffett, who carried on with tablemate Waris Ahluwalia for much of the evening. January Jones and Jennifer Carpenter were inseparable, arriving and leaving the restaurant together. Sante d’Orazio, who shot the first Allure cover 20 years ago, discussed changes in the art world with his table, before one guest approached him to comment: “Andy [Warhol] would have loved Victoria, huh?”

D’Orazio smiled and turned to a friend to wonder: “Was he even alive when Andy was?”